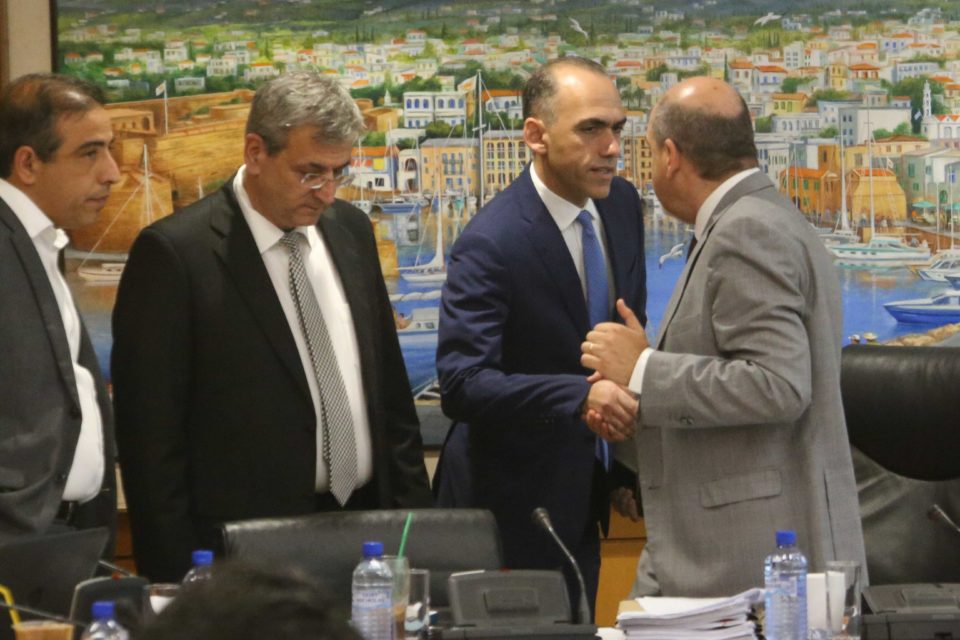 FINANCE minister Harris Georgiades as well as the banking industry urged lawmakers on Thursday to delay voting on proposed amendments to the foreclosures law, changes that could weaken lenders’ ability to recover loans and trigger a chain reaction of adverse side-effects.

“It is the government’s clear recommendation that we not rush now into changing the law,” Georgiades told MPs.

Moreover, he added, the timing was all wrong.

It was best to wait until the Estia debt relief scheme for homeowners kicked in, and allow some time to assess the programme’s efficacy before tinkering with the law on foreclosures.

“We should not fiddle with the legislation until we at least have a picture [on whether Estia delivers],” the minister pleaded.

The law on foreclosures was amended in the summer of 2018 to make it more effective, some four years after it was passed by parliament with changes that essentially rendered it toothless and unable to help banks reduce non-performing loans.

Now, opposition parties have drafted five amendments which banks fear would defang the law by enabling strategic defaulters to drag out the foreclosures process.

The thrust of the amendments is to provide vulnerable debtors – essentially homeowners with mortgages they can’t service – extra safeguards. But critics say the law as it stands already provides adequate protections.

The government and the banks say the amendments, if passed, will both delay and complicate foreclosures proceedings, preventing lenders from reducing their stock of non-performing loans.

A Central Bank official noted that currently in Cyprus NPLs account for 30 per cent of all loans, compared to the eurozone average of 3 per cent.

Making it harder for banks to recover loans would in turn disincentivize them from issuing new loans, starving the economy of fresh capital, but also force them to increase their provisions on the books – set aside more capital for contingencies.

Banks’ inability to divest of NPLs would additionally force them to raise interest rates.

MPs’ concerns that debtors could be thrown out of their homes appear unfounded. For example, to date Bank of Cyprus has restructured some 28,700 loans. Over the past 12 months, only 921 of these restructurings related to home loans.

In the same time period, the bank foreclosed on 242 properties. Not one of the foreclosed properties was a primary home.

Fifty percent of the foreclosures related to undeveloped parcels of land, and the rest were villas and commercial properties.

Weighing in, the Association of Cyprus Banks (ACB) warned that hampering the ability to recover loans would also result in a downgrading of Cypriot banks’ credit ratings.

In a memo, the association cited one proposed amendment which, in their view, would wreak havoc on the recovery of NPLs tied to properties.

Under this amendment, the debtor would be able to set aside a notice to foreclose by simply filing for a procedural injunction with a district court.

Previously, foreclosure proceedings could be stopped in their tracks only if the court found in favour of the debtor and issued the injunction. Now, merely the seeking of an injunction would be enough.

What’s more, under the amendments a debtor can set aside a foreclosure notice if he or she so much as applies for the Estia debt relief scheme. Previously, the notice could be set aside only if the applicant had been accepted for Estia.

The ACB also recalled that Cyprus had undertaken to clean up its act with regard to the massive NPLs in return for the European Commission green-lighting the sale of the Cooperative Bank.

The document reads: “In order to eliminate the major impediments to the workout of NPLs in the country, Cyprus commits to enact far-reaching reforms that will allow an effective workout of NPLs by banks, asset managers and asset servicers, while continuing to protect the most vulnerable borrowers.

“The scope of these reforms will include, among other things, the legislation covering foreclosure to allow for the effective enforcement of claims, the setup of an electronic auction system for properties subject to foreclosure proceedings, a better access to the financial information of borrowers by financial institutions and a reform of the judicial process, in order to greatly increase the efficiency of handling of NPL cases by the judicial system.”

Our View: President needs to be shaken out of his stupor on Varosha

Mercedes seek to equal record 11 wins in a row