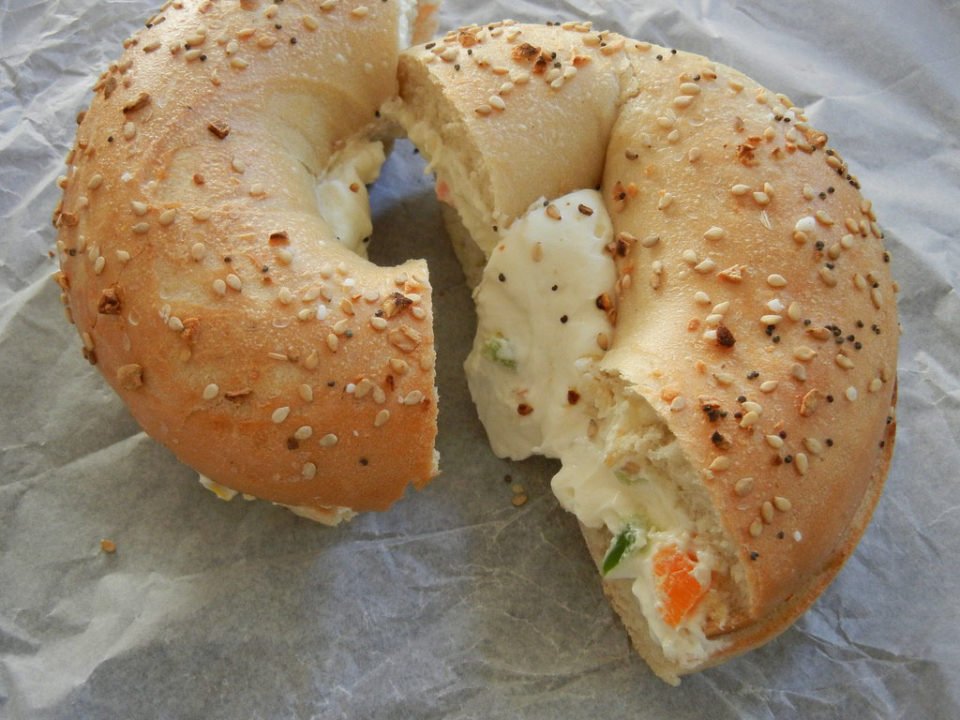 With over eight million people crushed into 300 square miles, New York is the most densely populated city in the States. Loosen the net a little, and you’ve got nearly 20 million within its Metropolitan Statistical Area and almost 23 million residents in the Combined Statistical Area. Consisting of five boroughs within the city proper, it’s a city of 800 languages (making it the most linguistically diverse city in the world) and 3.2 million residents born outside the country – the largest foreign-born population of any city, anywhere, ever!

Okay, there are a lot of people from a lot of places: a melting pot of so many cultures and cuisines that it’s a real challenge to pinpoint just one official dish. So we decided to ask a local. Or former local, anyway; one of the Mail’s journalists is a born and bred New Yorker with the accent – and palate – to prove it!

“Pizza, bagels, and Chinese,” was the answer, proving that this really is a city of eclectic tastes! “There are so many perfect pizza shops, bagel stores, and great Chinese restaurants. Of course, this is all comes from the various people that settled in New York: the Italian, Jewish and Chinese immigrants who brought their cuisines to the new world.”

Pizza, apparently, is the ultimate on-the-go food for those busy New Yorkers. Folded and eaten while hustling from subway to office, it’s best enjoyed plain – with a side of garlic knots should you have a free hand. According to the New York Department of Health, there are well over 1,000 local joints with the word ‘Pizza’ in the name, and another roughly 400 which include ‘Pizzeria’, so you’re never going to be short of a slice.

Time Out, meanwhile, argues that it’s the bagel which is the ultimate New York food, and advocates the Lower East Side’s Russ & Daughters’ ‘Super Heeb’ (with horseradish cream cheese, wasabi-flavoured roe and whitefish salad). But our source suggests something a little more punchy: “Fried eggs, cheese, and bacon; if you’ve got the perfect recipe for a heart-attack, it’s a genuine New York bagel!”

Lastly, there’s Chinese cuisine – a massive local influence. The NYC Department of Health suggests that roughly 10 per cent of the city’s eateries are Chinese (about 2,300) but that hundreds more fall under their radar, and there are thousands of dishes from which to choose. It’s probably best, says our source, to just find the nearest and plump for his personal favourite: soup dumplings. Because, when it comes to what’s eaten where, in New York you’ll always be spoilt for choice!

Leclerc sets the pace for Ferrari in final practice in