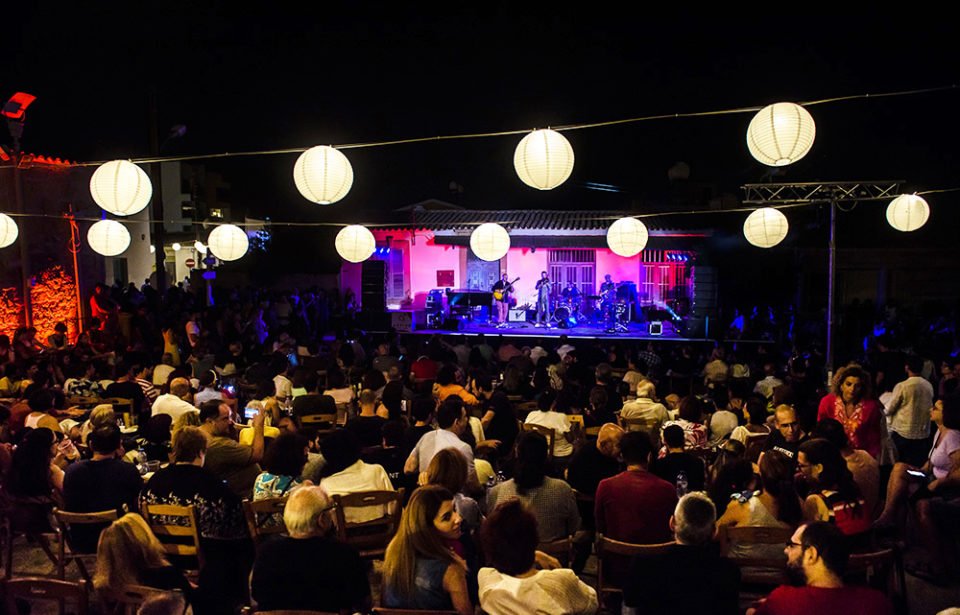 AglanJazz is surely an event that is the most delightfully-named of festivals! And it’s one of the best summer festivals around, encapsulating all that’s good about the season: balmy Mediterranean evenings, cool outdoor living, and that perfect chilled-out vibe which heralds holiday time.

Taking place at the very start of next month, on July 2 and 3, this is one event you’ll not want to miss. Held annually since 2006, the festival aims to provide a venue for outstanding jazz musicians, unite various jazz and music lovers, and embrace and celebrate diversity by hosting musicians from Cyprus, Europe and other countries. In the words of the organisers, it’s “a highly anticipated summertime festival, which brings jazz to the people, and encourages those of all ages and various backgrounds to enjoy live performances from talented musicians from around the world, free of charge.”

Yes, you read that right! Free of charge. Unlike the majority of summer happenings, this one will cost you nothing more than the price of your petrol and perhaps a drink or two during the evening. It’s a wonderful scheme, but do be warned, coupled with the calibre of artists on stage this lack of an entrance free does make for a pretty crowded event.

Each year sees roughly 4,500 attendees jostling for a listen in Aglangia’s Iroon Square, and though seating is available it’s snapped up on a first-come, first-served basis. Which leaves standing room only for anyone hoping to see (and hear) the line-up of internationally renowned jazz musicians, and you’ll need a good plan of action if you don’t want to end up bobbing around at the back trying to see (and hear) the excitements…

On Tuesday, we’ve got three acts: one local, two from abroad. Starting the night at 8.30pm are local boys the Odysseas Toumazou Trio, consisting of guitarist Odysseas Toumazou, drummer George Koulas and bassist Andreas Rodosthenous. A newly-formed project dedicated to performing original compositions, you’re promised improvisational jazz with elements of traditional Greek and Cypriot music in the mix. At 9.45pm, courtesy of the Austrian Embassy Nicosia, we have “the strong instrumental skills and the highly complex songs” of Austrian band Edi Nulz: Siegmar Brecher on the bass clarinet, Julian Pajzs playing the tenor and baritone guitar, and Valentin Schuster with his drums and pocket piano. And finally, thanks to the Goethe-Institut Zypern, there’s German duo Sendecki-Spiegel: two internationally-renowned musicians bringing us “an unusual piano/percussion constellation”!

Wednesday sees four acts, beginning with the Nicolas Tryphonas Quintet at 8.30pm: original compositions which encapsulate “the spirit of the Orient and the Balkans.” At 9.25pm, the Italian Embassy of Nicosia brings us “violin wizard” Luca Ciarla, owning the stage with an imaginative mix of instruments thanks to his loop pedal. And at 10.20pm there’s the Mihalis Kalkanis Group from Greece, a band of “creative musicians of the new generation.”

Closing the Festival at 11.15pm we have Macumba: a collaboration between three local boys (Rodos Panagiotou, Giorgos Morfitis, and Elias Ioannou) and Chilean bassist Rodrigo Cáceres. And their “love of Afro-Cuban and Brazilian sounds, and unique approach to Latin rhythms” has given us another jolly good idea for a musical municipal submission: the blindingly obvious Lat-in-sia, at which everyone in the capital’s southern suburbs can samba the night away. Come on Cyprus, let’s start capitalising on the witty wording (and, of course, musical excellence) of AglanJazz!

July 2 and 3 at Iroon Square in Aglangia. Entrance is free. For a full programme and more information, visit http://aglanjazz.com

Eight women to watch at Wimbledon