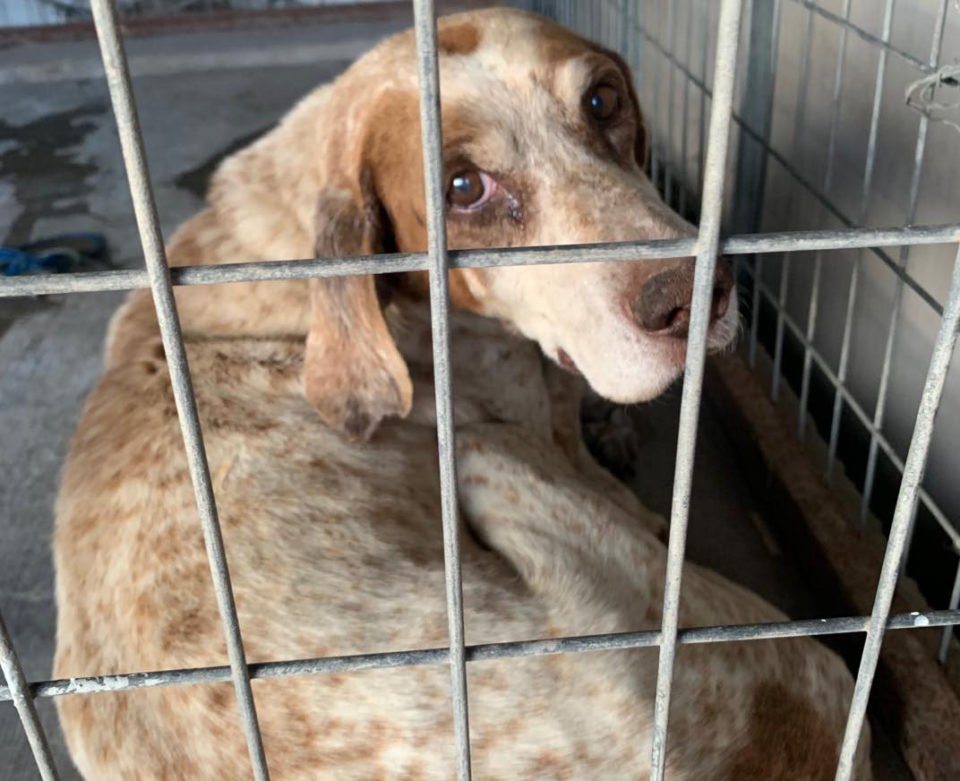 Following months of cooperation between a small group of volunteers and the mayor of Peyia, the municipality has launched a new dog pound able to house stray dogs on a short term basis.

Although the facility has been working on a temporary basis for the last four months, the final touches, including a new storage shed for food and necessary paraphernalia competed on Friday.

Alison Patriarca, a local resident, got together a group of eight or so volunteers and has been instrumental in ensuring the once defunct pound was reopened and revamped.

“We are very pleased that a volunteer group in Peyia is working with the mayor and the town services to improve animal welfare. The pound will enable Peyia to keep these animals for a few days until their owners are hopefully found,” said local councillor, Linda Leblanc.

The facility is not a dog shelter and only able to keep a small number of dogs for a few days.

Leblanc said there had been huge problems with the pound in the past. The cages were too small, no proper records kept and there were even cases of expensive hunting puppies being stolen.

Patriarca said that Peyia dog pound fell into disrepair around seven years ago, and the state veterinary services deemed it not fit for purpose and it was closed.

“We are a group of around eight volunteers, supervised by the municipality. We are working under the supervision of the municipality, who are now following good practice and the current dog law,” she told the Sunday Mail.

The volunteers will work with a municipality officer to ensure that any dogs in the pound are checked for microchips, receive daily water, food and loving care.

The volunteer is an animal lover and has lived in Peyia for the last 16 years. She has a dog of her own and feeds and cares for 15 stray cats, which she has also had neutered and spayed.

Patriarca has also paid for around 100 stray cats from the area to be spayed and neutered; she also fosters for ‘Rescue and Re-home Cyprus’, based in Prastio.

The pound can take a maximum of six dogs at a time and is a stop gap until the dogs are hopefully reunited with their owners or fostered.

“We can keep the dogs for a maximum of six days and it usually takes two to three days to reunite dogs and owners. I am very active on Facebook and word of mouth helps too, most of the dogs are still not microchipped though.”

The municipality has also said that it will cover any reasonable vet bills for emergencies and food and cleaning materials will be provided.

Leblanc and Patriarca both said that the number of dogs being dumped in Peyia is a huge problem and those with multiple dogs often don’t get them microchipped.

Last week the cabinet approved an island-wide scheme for the microchipping of dogs. It will mean that 25,000 dogs will be microchipped free of charge. The move aims to reduce the numbers of stray dogs and dog thefts.

“The government is committed to try and resolve this problem, but it’s not going to happen overnight,” said the volunteer.

Since operating on a temporary basis, three dogs have been reunited with their owners and 15 others rescued.

”We still need more volunteers, work is light and involves feeding, watering and cleaning the pens twice a day (shifts) and giving the dogs a little one on one time,” Patriarca said.

Stray or lost dogs in Peyia should be reported to 99466808 (George), who will arrange a place in the pound and alert volunteers.