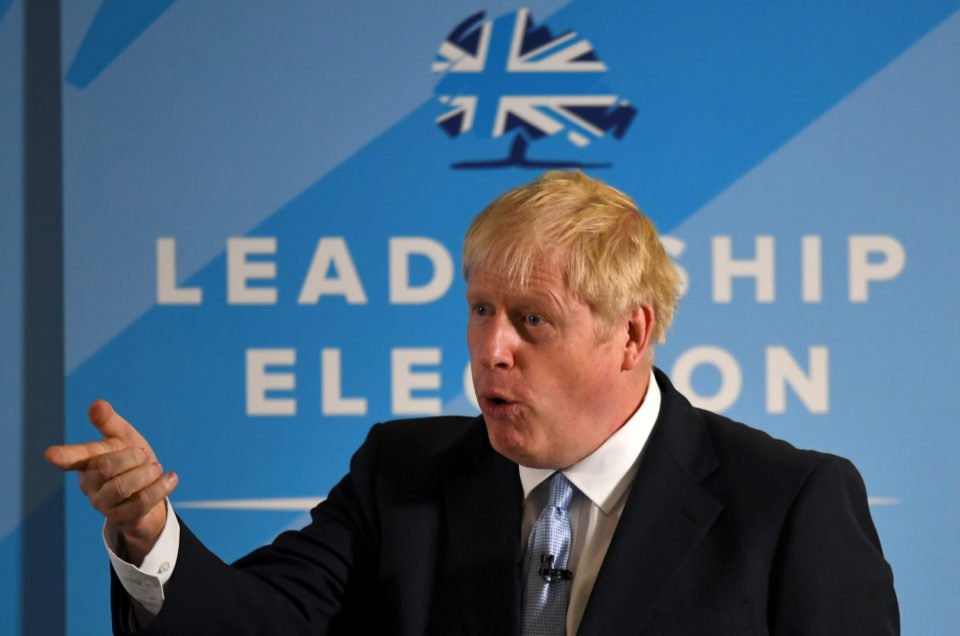 After a ringing endorsement by his parliamentary colleagues to succeed Theresa May as leader of the Conservative party and prime minister, Boris Johnson went home to his girlfriend in south London and had a blazing row, so loud it was recorded by their lefty trendy neighbours and sent to the Guardian newspaper. Hypocrisy then took over and his character became an issue.

What people really mean by character is that somehow the fact he and his girlfriend have rows is relevant to being prime minister; but as Jesus Christ would have said rhetorically: anyone who has not had a blazing row with a partner let him or her cast the first stone.

Boris Johnson used to live in Islington in north London with his wife who, as it happens, is a top QC specialising in EU law with whom he no doubt engaged in pillow talk about the finer points of European jurisprudence. Unfortunately, their marriage did not prosper and he went to live in south London with his girlfriend who, by all accounts, is high octane, high maintenance and can give a good account of herself.

‘Get off me’ and ‘Get out of my flat’, she was heard to shout at the top of her voice on the night of the row. For those familiar with rows, this is par for the course. The police were called, but calm was restored by the time they arrived, and everything was fine by the weekend when the couple were pictured in amorous proximity in an idyllic country setting.

Johnson is known as the Marmite candidate. Marmite is a savoury spread that people love or hate. Those who hate Johnson believe that he should come clean about the row as it shows he is unfit to be prime minister, while those who love him believe his private life is private.

In France, the privacy of politicians is respected, although when president Francois Hollande switched his girlfriend, Valerie Trierweiler, for Julie Gayet, forcing her out of the Elysee Palace, the change was not entirely a private matter as the informal First Lady had been removed from power. Previously his affairs had been kept private even though he was married to Segolene Royal, another presidential hopeful, for 25 years.

Johnson may be euro sceptical but his lifestyle is imported from France. He is fluent in French and his philandering is of a piece with that of all French leaders since George Pompidou in the 1970s.

Charles de Gaulle was Catholic, conservative and strictly monogamous. But Pompidou who succeeded him had an illegitimate son; Giscard d’Estaing had many affairs and wrote novels about them; Francois Mitterrand sired two illegitimate children, Jacques Chirac, had affairs galore including one with Claudia Cardinale; Nicolas Sarkozy had an affair and then married his young girlfriend, the model Carla Bruni; and Dominique Strauss-Kahn, the president France never had, has been involved in many sexual scandals including an allegation of rape of a chambermaid in a New York hotel.

The British, who are otherwise very tolerant, go into paroxysms of intolerance when it comes to extramarital affairs by politicians like, for example, the hapless Robin Cook, foreign minister under Tony Blair’s first government. Shortly after he got the job in 1997, he was at Heathrow airport with his wife about to fly out to the US for a short holiday when he was telephoned by the prime minister’s communications director and told that an adulterous liaison was about to be exposed by a national newspaper and that he had to choose between his wife and his lover or lose his job.

He chose his lover, cancelled the flight, divorced his wife, married the girlfriend and remained at the foreign office until 2001 when he was moved, though he stayed in the cabinet until he resigned over Blair’s decision to support America’s invasion of Iraq in 2003.

As the US is poised to attack Iran in 2019, his speech against the government’s decision to attack Iraq is a masterpiece and a salutary reminder of the reasons why America and Britain no longer command the moral high ground.

Sadly Robin Cook died in August 2005 while walking on the highlands in Scotland. He was only 59. As for his former wife, she set about proving the truth of the old saying that ‘heaven has no rage like love to hatred turned, nor hell a fury, like a woman scorned,’ by writing a book exposing her former husband as an inadequate man.

No one knows the reason why Johnson and his girlfriend had such a blazing row on the very evening of his triumph over his opponents in parliament – a very odd time to have a row if there ever was one! Given his popularity with the party in the country, the couple must have felt confident he would emerge as the next prime minister, so why the row?

Unless of course, it was the prospect of moving into Downing Street itself that was the underlying reason for the row. It is not too speculative to surmise that perhaps the question whether the girlfriend was going to move in as First Girlfriend loomed large when Boris Johnson returned home in triumph. But Johnson is still married so there is the delicate task, even more difficult than Brexit: how to negotiate between the women and children in his life about who, if anyone, would move into Downing Street with him if he becomes prime minister without jinxing the prospects?

The last time a bachelor moved into Downing Street was when Edward Heath, the prime minister who got Britain into Europe in 1972, lived there, and it is that sort of anodyne historical parallel Johnson may have mentioned in passing without realising how combustible it was to make it to a girlfriend with aspirations to be the First Girlfriend.

Our View: Practical measures needed to stop abuse of Gesy