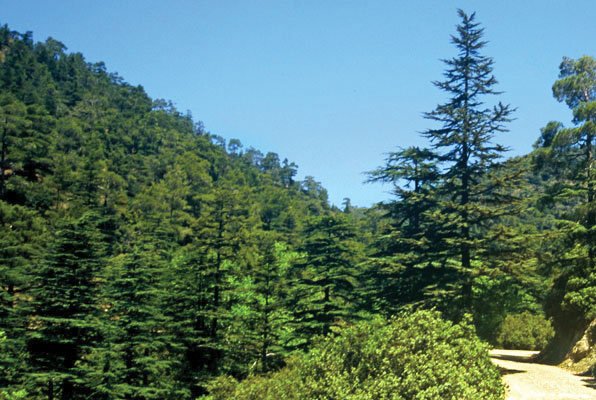 We should follow Malta’s example in educating local communities

Biodiversity loss has been one of the main global environmental issues and a lot of research and studies have been done in order to understand the consequences of biodiversity loss on the ecosystem and society.

Due to its rich biodiversity, endemic species and being the centre of bird endemism, Cyprus is considered a biological ”hotspot”.

Despite having such great biodiversity with plenty of endemic species, the island is suffering from biodiversity loss triggered by anthropogenic activities such as urbanisation, tourism – one of its most important sources of income – infrastructure, grazing and rural area abandonment.

Coastal ecosystems have been significantly affected by these activities and due to the demand on land for tourism development, many habitats are being destroyed or compromised.

According to the International Union for Conservation of Nature, Cyprus’ biodiversity is considered to be at risk and is identified as vulnerable.

Several frameworks and policies have been adopted by Cyprus to prevent further loss in biodiversity, however, the current attempt is failing to meet the targets set by the European Union.

Being a small island, where cultural values are very important and local communities are strong, capacity building approaches are not used to educate the locals which have great control on biodiversity conservation and loss.

Cyprus needs to dedicate itself and take solid actions in conservation to protect biodiversity and promote sustainable use of the natural resources in the long term.

According to the International Union for Conservation of Nature, in recent years, the country has implemented a National Biodiversity Strategy and Action Plan (NBSAP) and managed to show great progress specifically on educating local communities by holding awareness and educational events and participating in research projects and making use of the funds provided.

It was not always this way. Having failed to fulfil the European Union requirements for biodiversity loss for 2010, the country said this was because of incomplete implementation of certain legal instruments, poor integration of biodiversity concerns into sectoral policies, insufficient scientific knowledge and funding, lack of instruments to tackle specific problems and lack of public awareness. All of these now apply to Cyprus which occupies the same position as Malta did before.

The aforementioned are left out in Cyprus’ policy implementations and as a result, the local communities are not aware of even what biodiversity means, let alone its value. Hence, human activities causing biodiversity loss continue.

To prevent its rich biodiversity from disappearing, Cyprus needs to consider following the approach that Malta is taking such as the NBSAP and the specific targets on raising awareness.

Considering the driving forces of biodiversity loss in Cyprus which is anthropogenic driven, via illegal hunting, agriculture activities, if the local communities are educated this can be the start of an actual change.

To become a sustainably developing country which is able to make the use of biodiversity without destroying it, Cyprus has to focus on implementing capacity building approaches, such as holding workshops that would encourage the local community to take action and simply understand and appreciate the value of biodiversity.

Then suitable policies can be applied. Listing far off targets on paper for the sake of it is not the solution for biodiversity loss or any other issue.