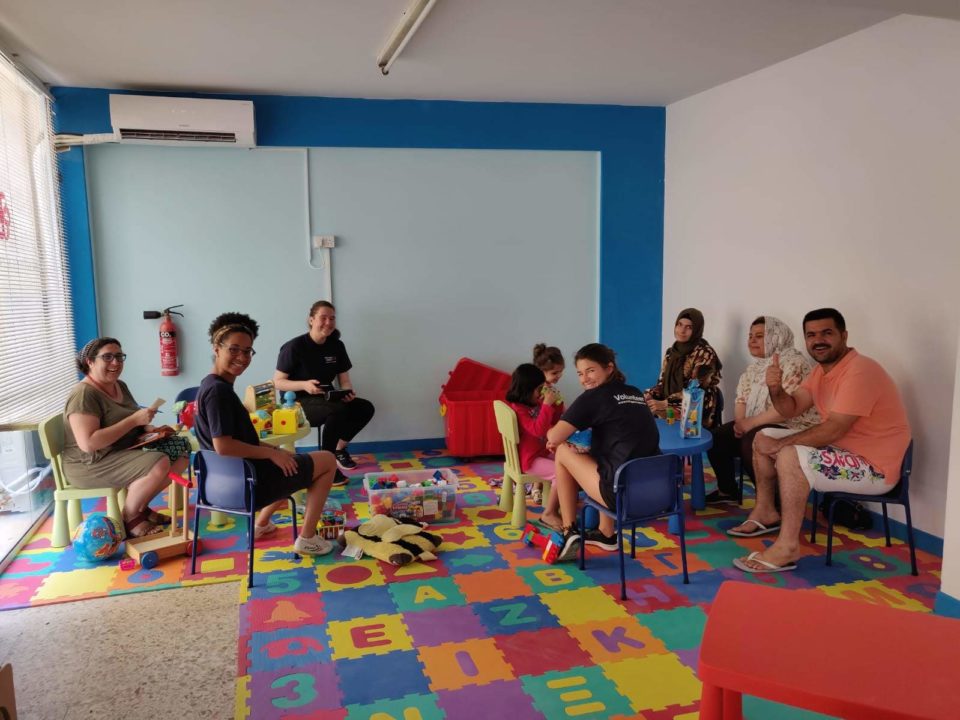 As Cyprus attempts to deal with an unprecedented number of migrants and refugees, a European NGO – Refugee Support Europe – opened its first centre for refugees in Cyprus last week.

Caritas, Hope for Children, UNHCR and Kisa are among the plethora of other organisations already supporting migrants, refugees and asylum seekers, mostly by concentrating on giving legal advice and how to deal with authorities.

Caritas also provides food, hands out clothes and household items and acts as a resource hub while the Hope for Children caters for unaccompanied minors.

But the new centre concentrates on giving the migrants something to do.

“We are very careful not to duplicate services,” chairman and co-founder of the NGO John Sloan said. “We did a lot of research and met with the existing charities before we decided.”

“At the heart of the project is dignity,” coordinator at Refugee Support Europe Maggie Duff explained. “People have lost not only their homes but with it the sense of dignity. They have often had a profession, and here their skills are in limbo. We want to give them back their humanity and get them off the street.”

Their approach is practical. People register, “much like at a gym”, said Duff.

They then have access to the three-floored building where the focus is on developing new skills, while also sharing the skills they have brought with them.

The building in the centre of Nicosia, close to Ledra street, was rented in April when the support group moved to Nicosia, and they have since completely renovated it, installing new plumbing, electricity, internet, air conditioning, furniture and fittings.

The basement is the workshop area – for bicycle repairs, carpentry and art. It also has showers and washing machines available to those who don’t have adequate space and facilities at the place where they live.

Some broken old bicycles – about ten for the moment – have been donated in the UK and shipped over for the refugees to fix.

“We get a shipment of different things from the UK every few months, and some bicycles are included,” Sloan said.

Whoever fixes one of the bicycles at the centre gets to use it.

When one of them knows how to repair a bike, this person is expected to teach others for the benefit of all.

A couple of sewing machines have also been donated, and a seamstress has offered to show people how to use them.

The room is, apart from that, rather bare – which also has a purpose.

“We want them to make it their own space, to fill it with what they need,” Maggie said.

The ground floor has a child-friendly space where parents can play with their children or can leave them in a creche while they use the other services in the building.

The first floor is for learning, furnished with tables and chairs, and will be used to teach English and Greek.

It will soon have a completely new kitchen, not only to prepare food for events but also to offer cookery and nutrition training.

Organisers see this as a pioneering project.

“In Greece, we have mainly handed out food in various refugee camps,” Sloan said. “Here people are scattered, so it is difficult to hand out food.”

The whole effort is not sponsored by the EU or any government but depends solely on individual donations.

“All our volunteers are self-funding, including myself,” the co-founder said. “They pay for their own travel and accommodation. At present in Cyprus, we have one Australian, one New Zealander, one South African, one Briton, one from Luxembourg and one from France.

“Our volunteers spend a lot of time fundraising, in the UK and the US. We visit companies, and get the money from big concerts in London.”

The small size and the fact that the NGO does not depend on slow processes enables them to be flexible and act quickly.

“Governments and large humanitarian agencies are helping, but they move slowly and their resources are stretched,” Duff pointed out.

The volunteers say they plan to offer space to other organisations, and there is already some collaboration.

They serve breakfast three days a week in partnership with Caritas, using local food donations, and organise a dinner once a month.

When unaccompanied minors turn 18 they are no longer eligible for supported housing and need to live independently. In partnership with UNHCR, they give the leavers teen transition kits which contain basic household items that are essential to a young person starting out on their own.

Refugee Support was founded in 2016 in response to the growing humanitarian crisis in Europe.

According to Sloan, the group has had their eye on Cyprus for some time, as the country has more than 15,000 registered refugees and now has the highest number of refugees as a percentage of the population in Europe.

Unlike in other places, such as Mexico and Bangladesh, where they responded to specific crises, the support group expects to stay in Cyprus for years. The plan is to open more centres in Limassol, Paphos and Larnaca, which will be similar to the one in Nicosia.

For now, the volunteers are busy adding new services and are about to start a children’s dance club on Saturday mornings, and a Yoga club for adults twice a week.

And here is a message to those who have got an old, broken bicycle at home: there is a list several pages long with the names of refugees requesting a bike from the centre, a list which will most likely get longer the more people to hear about the new place.

To contact the centre call 99-173967. For more info: www.refugeesupport.eu