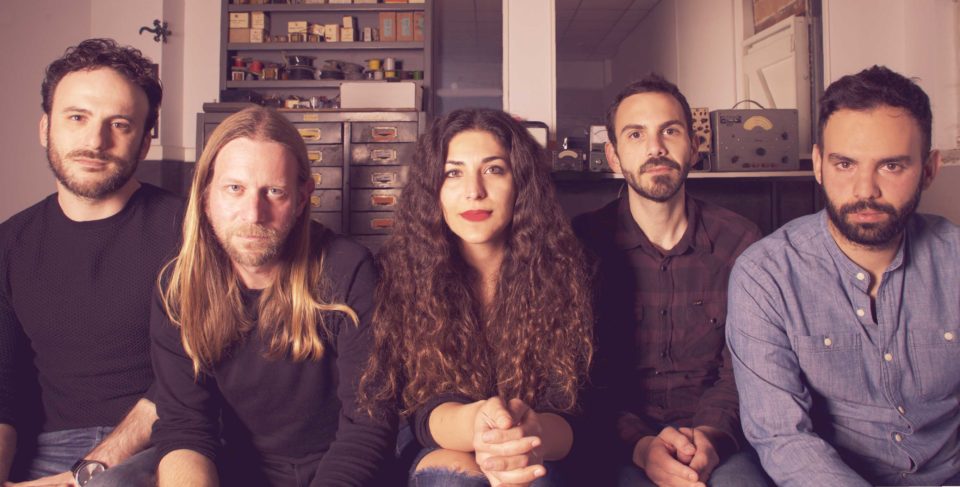 The first time I heard Belua’s music was in an apartment in Kaimakli, Nicosia. The apartment was on a parallel street to the green line and the summer heat overshadowed the echoes of the original gospel tune the four-member, all-girl band was rehearsing. A lot has changed since then.

Since 2015 the band has gone through numerous ‘reincarnations’ as front woman and producer Mikaela Tsangari explains when we meet to talk about the recent release of Belua’s album titled Mother of All.

After releasing their debut album As Good A Time As Any in 2016 through Louvana Records, Belua, which then comprised Zara Der Arakelian (vocals), Tsangari (voice and guitar), Afroditi Nikolaou (bass) and Marianna Moumtzi (drums), staged a series of successful live concerts in Cyprus and Greece and saw themselves defined as a girl band, something that grated with Tsangari at the time.

“There’s a different sensitivity when you have four women in a room rather than four men, so maybe that’s the vibe (it was) holding onto but musically I don’t want people to describe us a girl band because I believe it’s completely irrelevant to the music,” Tsangari said. And although the band has gone full circle with Tsangari herself and the band’s actual name being all that is left of its prior existence, Belua’s latest album is a tribute to how far they’ve come and has remained loyal to their art, reflecting the fact that its entire playlist are original songs, written, composed and produced by Tsangari.

Drawing elements from American folk and psychedelia, the band weaves hazy guitar-driven tales that stretch and expand, with soothing vocals linking each segment with the next. Their distinct songwriting draws influences from acts such as the Fleet Foxes, All Them Witches, and Syd Arthur. In keeping with the DIY attitude, their music concentrates on empowering lyrics and intricate melodies as it explores different extremes and pushes forward to an exciting new direction. 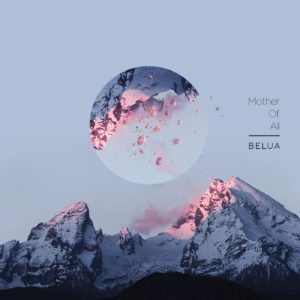 “It’s headier,” says bassist Marios Michael, one of the new members of the band. “It’s not conceptual or cerebral, it’s music that might make you think a bit, might make you have an experience apart from the song but that’s not its purpose,” he adds. For Tsangari, the band’s evolution relies heavily on the fact that today they bring more instruments to the stage – there are now two guitars and keyboad. Ultimately the fact that all the members of the band – Trangari (voice and guitar), Michael (bass), Loizos Pafitis (lead guitar), Nicolas Melis (keys) and Lefteris Lefkatis (drums) – are professional musicians as opposed to at its inception when the Beluas had little professional and/or musical expertise, “there’s more of a musical input now, and it’s coming from trained different backgrounds.

“I think that the music we make appeals to most live music lovers, it’s approachable, it’s not too heavy, it’s not too poppy, it’s not too girly, it’s not to manly. If you came with an open mind to listen to our music, you may like it; there’s something in it for all of us,” adds Tsangari.

The songs (the album features eight songs all together) are very different from one another which was an issue in defining the genre of music the band plays. “But that’s also what’s nice about the album, and it wasn’t done on purpose; the music serves the song writing and not the other way around, we don’t say that we want to be a psychedelic pop band so we need to write these kinds of songs, that’s not the approach,” concludes Tsangari.

Admittedly, many things have changed for the band, yet the determination to carry it forward is poignant, particularly as we discuss the local music scene; the lack of big enough and adequately equipped venues to play in, the restricted local audiences and perhaps the lack of interest in locally produced original work. Yet this is a conscious avenue the band has chosen to follow; for this album they went as far as negating to work with a record label and independently releasing the album through their own means and expertise.

“People think it’s impossible to make it. First of all what’s making it?” reflects Tsangari. “We made it, we made something. You don’t have to turn it into a living. You keep it as a romantic side of your being and if it’s not going anywhere it doesn’t mean we will stop, we do this because we love it.”

The album’s first single, Golden Girl, was released this spring. Diving deep into the realms of psychedelic pop, progressive rock and acoustic folk, Mother of All is reminiscent of the 70s, if not simply for the easiness of its vibe.

Belua’s music is available on Spotify, iTunes and all digital platforms, as well as the band’s website www.beluamusic.com