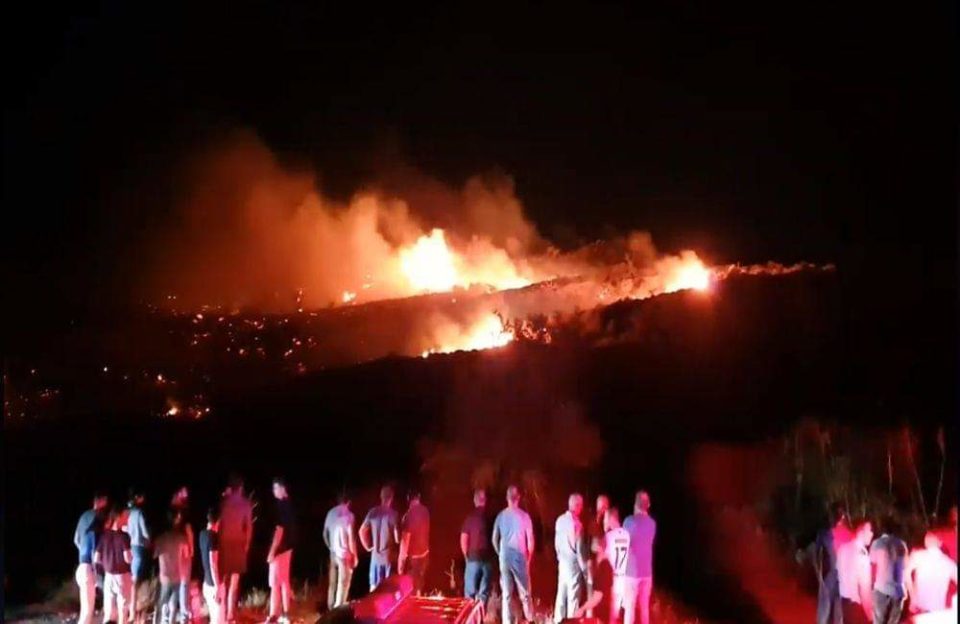 Five parts belonging to what is suspected to be a stray S-200 Russian missile have been found in three villages north of Nicosia after a deafening crash in the early hours on Monday morning.

Turkish Cypriot officials said that no casualties were recorded.

Turkish Cypriot ‘foreign minister’ Kudret Ozersay said that preliminary examinations show that the inscription on the missile is the same as that on Russian S-200 missiles that fell on Turkey’s Gaziantep in July 2018.

He said the explosion was thought to have occurred before impact because there were no craters.

“The pieces that fell to several different points prove that the missile exploded in the air before it crashed,” he said.

The five parts of the missile have so far been found in the villages of Vouno, Dikomo and Kornokypos. One part was found in a yard of a house in Dikomo, where three homes were evacuated. 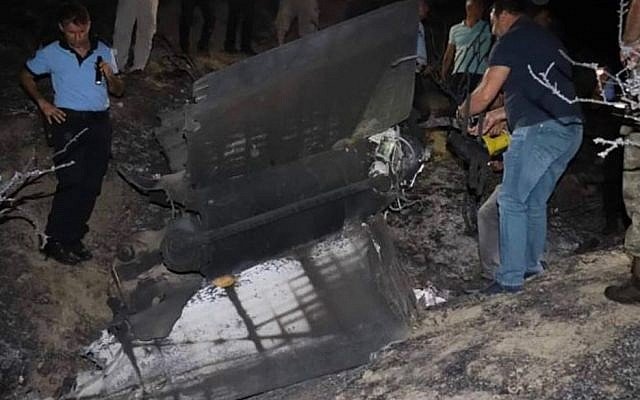 A resident of Kornokypos uploaded a photo of the object on social media, commenting that it is a Russian rocket.

The explosion occurred around 1am in Vouno, 20km northeast of Nicosia, with the impact setting hills ablaze and was heard for miles around.

Turkish Cypriot leader Mustafa Akinci linked the incident to military operations in the Middle East but further investigations were underway by the military to establish what it was, he said.

“It is evident it is not something stemming from our soil … It is one of the bad sides of the war in the region falling into our country,” he said.

Israeli warplanes fired missiles targeting Syrian military positions in Homs and the Damascus outskirts overnight in an attack that killed at least four civilians and wounded another 21.

If verified, it would be the first time that Cyprus has been caught in the crosshairs of military operations in the Middle East despite its proximity to the region.

Officials were studying debris at the crash site.

Turkish experts are reportedly set to arrive on the island later.

“An assessment from the pictures made public shows the base of its wings. It has Russian writing on it, so it suggests it is Russian made. Syria uses Russian-made missiles, so a not-so-safe assessment would be it was … an S-200 (missile),” Pentaras, a retired army general, told Sigma TV in Cyprus. 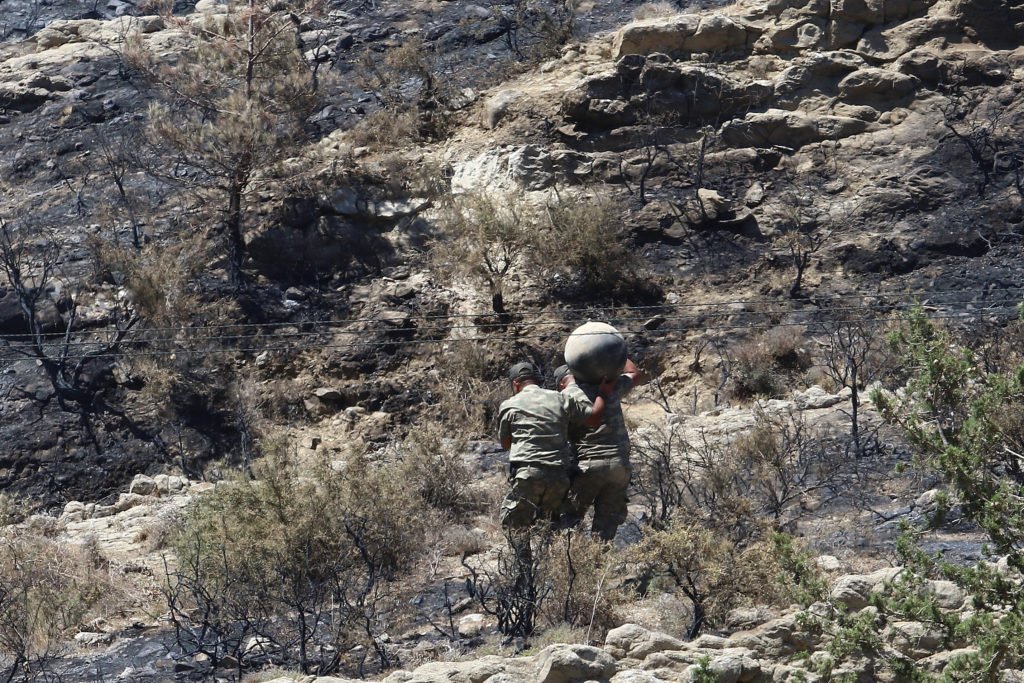 Military personnel carry debris on a slope where a missile struck, in Vouno

Jamming technology could have diverted the missile, he said.

“Right now we can’t be absolute but from the pictures and the inscriptions it appears to be an S-200,” analyst Zenonas Tziarras of the Geopolitical Cyprus think-tank told Reuters.

Those missiles were designed to explode in mid-air if they don’t hit a target, he said.

Rachael Gillett, a Nicosia resident who lives near the green line in the old city about 12 miles away, heard the blast.

“I was on the phone to my brother in New Zealand when I suddenly heard — and felt — this big boom and the windows rattling,” she told the Cyprus Mail. “I rushed out of the house but all then fell quiet. My only thought was an earthquake, but there was nothing else. I couldn’t believe it when I woke up this morning and discovered what I had really heard.”

Giving refugees a sense of purpose