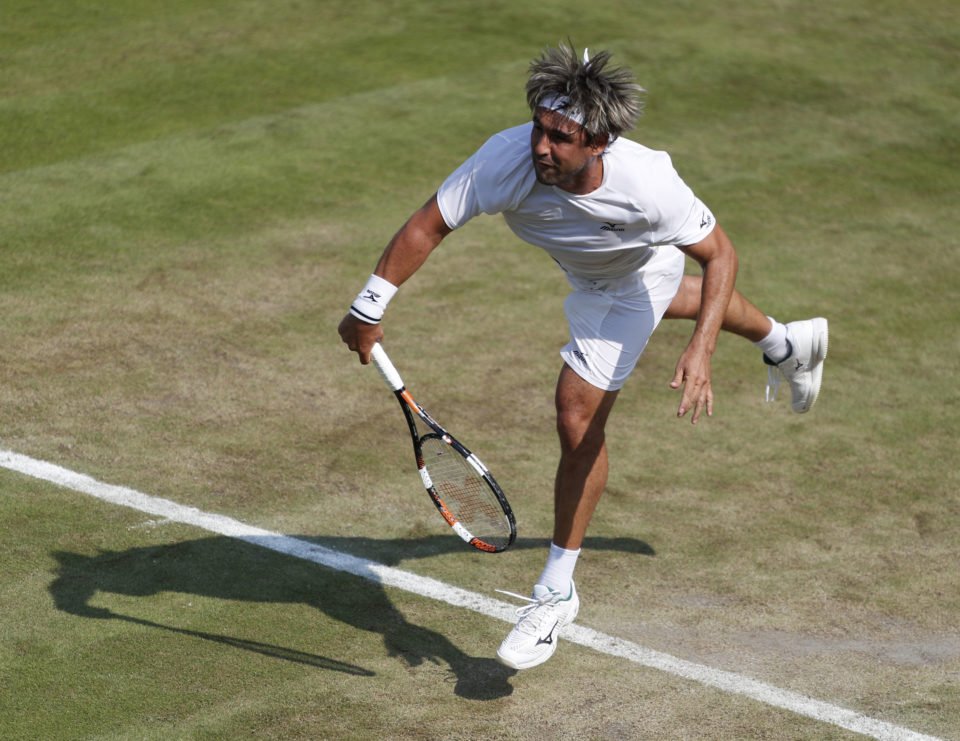 Marcos Baghdatis of Cyprus won the first round match at Wimbledon against Canadian Brayden Schnur in straight sets.

Cyprot tennis player Marcos Baghdatis extended his career with a Wimbledon first round win against Canadian Brayden Schnur in just under two hours.

Baghdatis, who said that this will be the last tournament of his his near 20-year long career, won in straight sets (6-2, 6-4, 6-4) and in convincing fashion against a player who is over 12 years younger than him.

He has a special affinity with Wimbledon, with the 1992 men’s final between Andre Agassi and Goran Ivanisevic being the first game he ever saw on television.

“It is a happy decision, it is not a sad one,” he said about his near retirement

“Everything comes to an end, it has been four or five years, I have some problems with my hip, my ankle, my foot. It has been a few years.

“It came now and it came for me at the perfect moment and I am really happy with that decision.

“It is my wife’s favourite tournament, the first ever match I watched on television was Andre Agassi against Ivanisevic in the final in 1992. I was seven years old, that was the first match I ever saw.

“I had some great runs here, my results here were much more consistent.

“It is the most historical place to play tennis. I could not be more grateful to finish here.

Minister says traffic cameras pilot to be operational by 2020