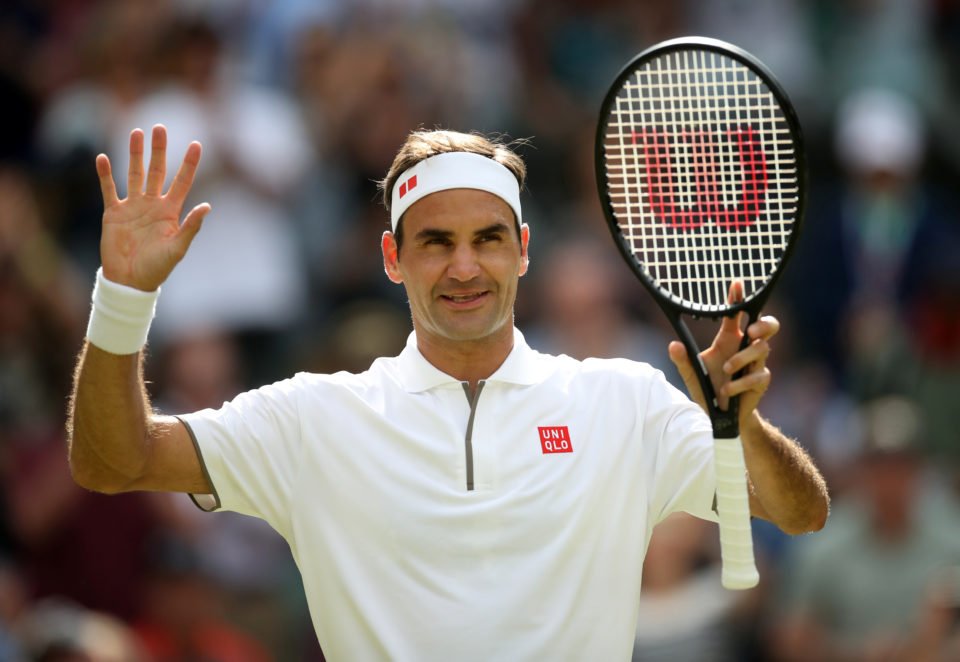 Roger Federer set pulses racing for around 40 minutes on Tuesday as Wimbledon debutant Lloyd Harris threatened to overthrow the established order before eventually succumbing to a 3-6 6-1 6-2 6-2 first round defeat.

Contesting his 108th match at the All England Club, the eight-times champion had been expected to ease to his 96th win at the grasscourt major considering he was facing an opponent who had yet to win a match on the green stuff.

However, the South African, wearing a back-to-front baseball cap, came out swinging to break the mighty Federer serve in the sixth game and held on to the advantage to seal the first set when the Swiss swiped a backhand long.

When Federer fired a double fault in the first game of the second set and followed that up by netting an easy volley, the gasps grew louder on Centre Court.

But if Harris harboured any hopes that this might be the day when he will embark on a journey that would allow him to emulate the 1951 feat of American Dick Savitt, who was the last man to win the Challenge Cup on his Wimbledon debut, his dreams were crushed brutally over the next three sets.

The second seed dropped only five further games as he sealed victory with his ninth ace to set up a meeting with either American qualifier Noah Rubin or British wildcard Jay Clarke.