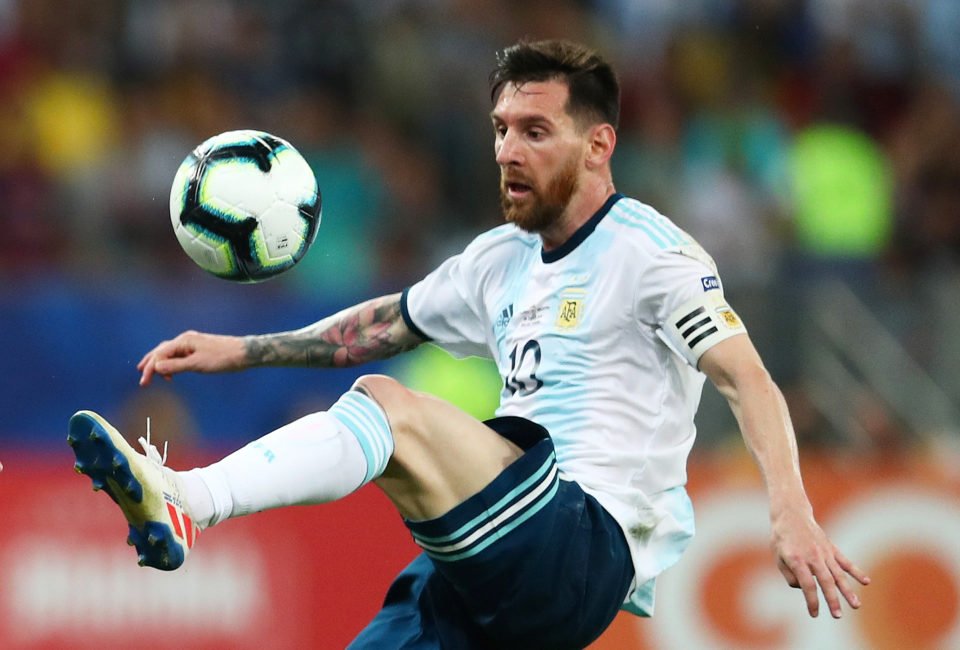 Lionel Messi has agreed to sacrifice his usual buccaneering style of play for the greater good of his team, Argentina coach Lionel Scaloni said ahead of Tuesday’s crunch Copa America semi-final against Brazil.

Messi has not been able to conjure up the same attacking flair at the Copa America that he regularly produces for Barcelona, scoring only one goal in four games and struggling to create chances for his fellow attackers.

But Scaloni believes the five-times world player of the year can offer just as much value to his country as a workhorse.

“We are used to seeing him score three goals in every game and dribble past five players, but we are asking him to do something different and we are more than happy with the job he is doing,” Scaloni told a news conference on Monday.

“He has embraced the work load, he is our flagbearer.”

Messi threatened to quit the Argentina team after losing the 2016 Copa America final to Chile on penalties and took a break after the 2018 World Cup before returning to the side in March.

Scaloni said his presence has reinvigorated the rest of the squad.

“The players love Messi so much that sometimes they say they want to win the tournament just for him,” Scaloni said.

“The best player in football’s history is lacking a trophy with Argentina, but we all want to win, not just him.”

Scaloni has chopped and changed his side throughout the Copa America but seemed to stumble upon an effective formula in the 2-0 quarter-final win against Venezuela with Lautaro Martinez and Sergio Aguero joining Messi in attack.

The coach, who had never taken charge of a team before getting the Argentina job last August, confirmed Aguero would start again but said he had not yet decided on his final team for the semi-final, where they face a tough task.

Argentina lost the 2007 and 2004 Copa America finals to Brazil and have not won against their fierce rivals in a competitive game since a 3-1 victory in a World Cup qualifier in 2005.

“Brazil are looking very strong at the moment, they have been playing together for a long time,” added Scaloni.

“We think we can go through, but they’re at home, playing their Copa America and the numbers speak for themselves.”

Action Global Communications Awarded for 30 Years of Success in Greece