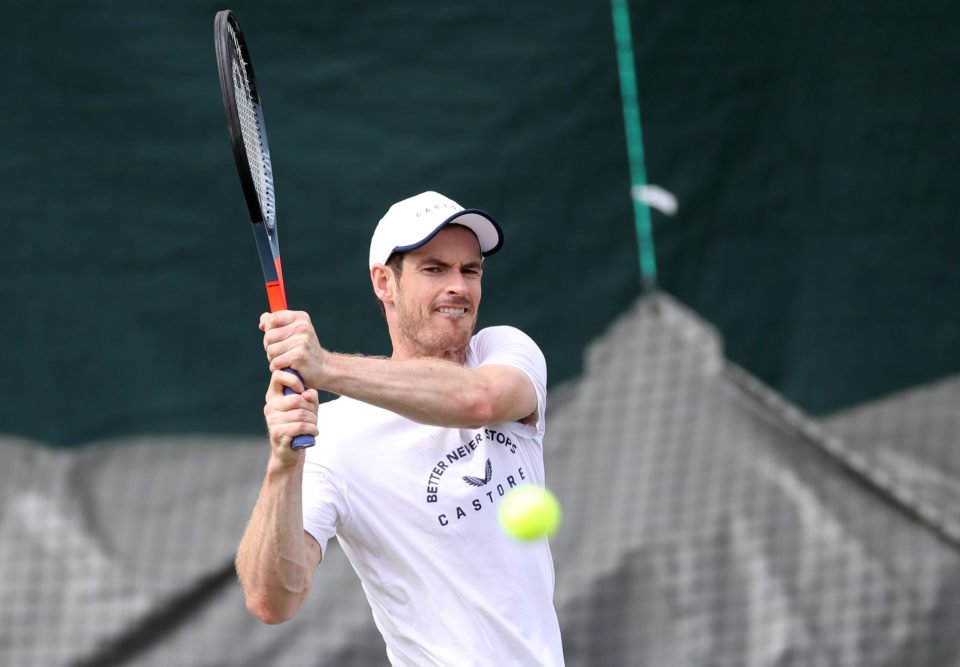 Andy Murray wants it, the British fans are desperate for it and the media are working themselves into a frenzy about it but the big question is, will Serena Williams say yes?

Ever since home hero Murray announced he planned to play the mixed, as well as men’s, doubles at his first Wimbledon for two years speculation has grown about who would partner him.

American great Williams, who is bidding for a record-equalling 24th Grand Slam singles title this year, said at the weekend that she was “available” but would see how her troublesome knee was doing before committing.

Twice men’s singles champion Murray, with his trademark sense of understatement, said the 37-year-old mum would be a “solid” partner when asked whether it would happen.

The deadline for entries to the mixed doubles is Wednesday and Murray left the tantalising prospect of a ‘dream-team’ lineup with American Williams hanging when asked on Monday whether he had got any closer to confirming his partner.

“Possibly,” the 32-year-old said, when asked if he had got the green light from Williams. “But I want to make sure before I say anything. I will know for sure (on Wednesday).”

Things might become a little clearer after Williams has played her opening singles match on Tuesday against Italian qualifier Giulia Gatto-Monticone.

Should she suffer no injury niggles, Williams might well be tempted to enter the mixed doubles at a Grand Slam for the first time since partnering Bob Bryan at the 2012 French Open.

Williams has won 16 Grand Slam doubles titles, including the 1998 mixed at Wimbledon with Max Mirnyi. She is not playing in the women’s doubles, however, which is potentially good news for those hoping to see her pair up with Murray.

The Scot, who said he was turned down by world number one Ash Barty, is playing with Frenchman Pierre-Hugues Herbert in the men’s doubles having returned to action last month at Queen’s Club to win the doubles title with Feliciano Lopez.

He had hip-resurfacing surgery shortly after losing in the first round of the Australian Open, a defeat that many thought might be the last match of his career.

Now back on court and playing “pain free” Murray said he intended to play singles again, although he has spoken of possibly continuing solely as a doubles player.

In that case, it would be all about picking your partners carefully and they would not come much better than Williams.

His opening men’s doubles is likely to be on Wednesday.

More missiles in Cyprus FIR unlikely ‘but not an impossibility’