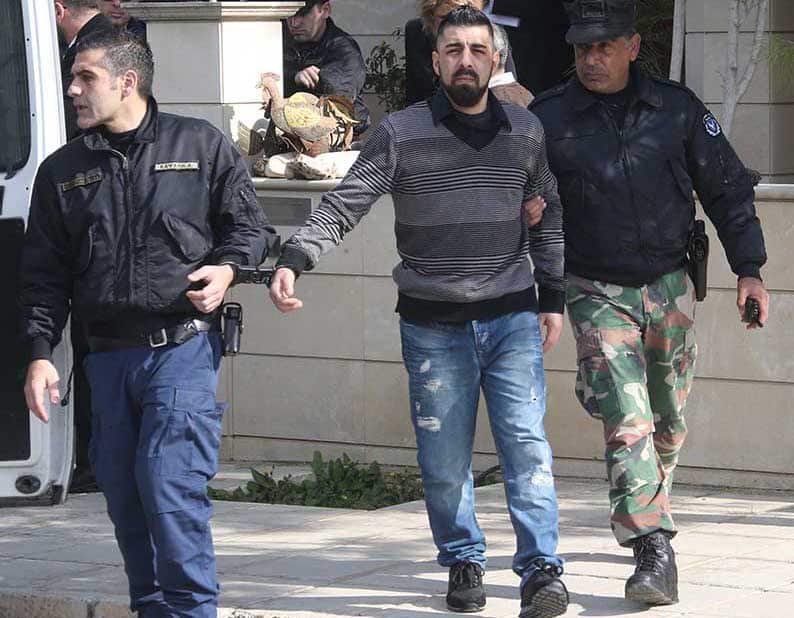 Constantinos Hadigeorgiou, the son of the couple murdered during a botched robbery in Strovolos in April last year, had identified the main defendant in a police line-up, Nicosia criminal court heard on Tuesday.

CID officer Natasa Anastasiadou, testifying for the prosecution, said that during the investigation of the crime she had personally escorted the 15-year-old to a police line-up held behind one-way glass.

There, the boy identified Loizos Tzionis, the main defendant, as the person who had entered his room holding a knife.

Earlier in the trial, the boy’s statement to the police was read out in court. In it, the youngster recounts how on the night a man entered his room, put his hand on his mouth and told him he just killed his parents.

The man then asked the boy about money. Wielding a knife, he led him downstairs to the kitchen. According to Constantinos, the man told him not to be afraid; he would not harm him, as he himself had a son.

The boy was led downstairs and locked in the basement, from where he later managed to escape.

His parents – the victims – were 60-year-old Giorgos Hadjigeorgiou and Dina Sergiou, 59.

Also on Tuesday, police officer Andreas Alexandrou testified about the findings of a report he prepared into fingerprints recovered from the crime scene.

The trial continues on July 15 when Sarah Shams, Tzionis’ ex-girlfriend, will take the stand.

Back in February Shams was sentenced to four years in jail on a single charge of conspiracy to commit robbery. She had agreed to cooperate with the state in prosecuting the other defendants.