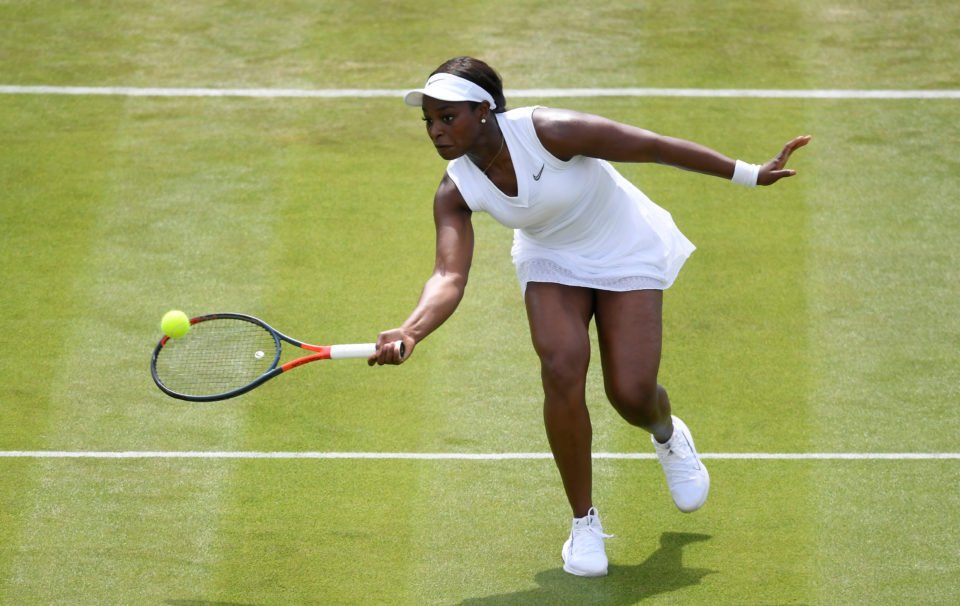 It may be daunting to be expected to carry the flame for American women’s tennis once the Williams sisters hang up their rackets so Sloane Stephens is more than happy to share the job with Cori “Coco” Gauff at Wimbledon.

Stephens, 26, is the highest-ranked American in the draw and the ninth seed got off to a solid start on Tuesday with a 6-2 6-4 victory over Swiss player Timea Bacsinsky in round one.

Impressive as the former 2017 U.S. Open champion looked, however, her victory pales into insignificance with what happened the previous evening when the 15-year-old debutant Gauff took down five-time champion Venus Williams.

Gauff immediately had seasoned observers such as fellow American John McEnroe saying he would be “shocked” if she was not world number one by the time she is 20.

After Stephens ended a run of two consecutive first-round defeats she added her endorsement of Gauff.

“I think it was great,” she said. “Venus has been everyone’s idol, so to play her on that stage and to hold her nerve.

“The future of American tennis is in good hands so I can take a breath!”

Cyprus is not in a war zone says minister