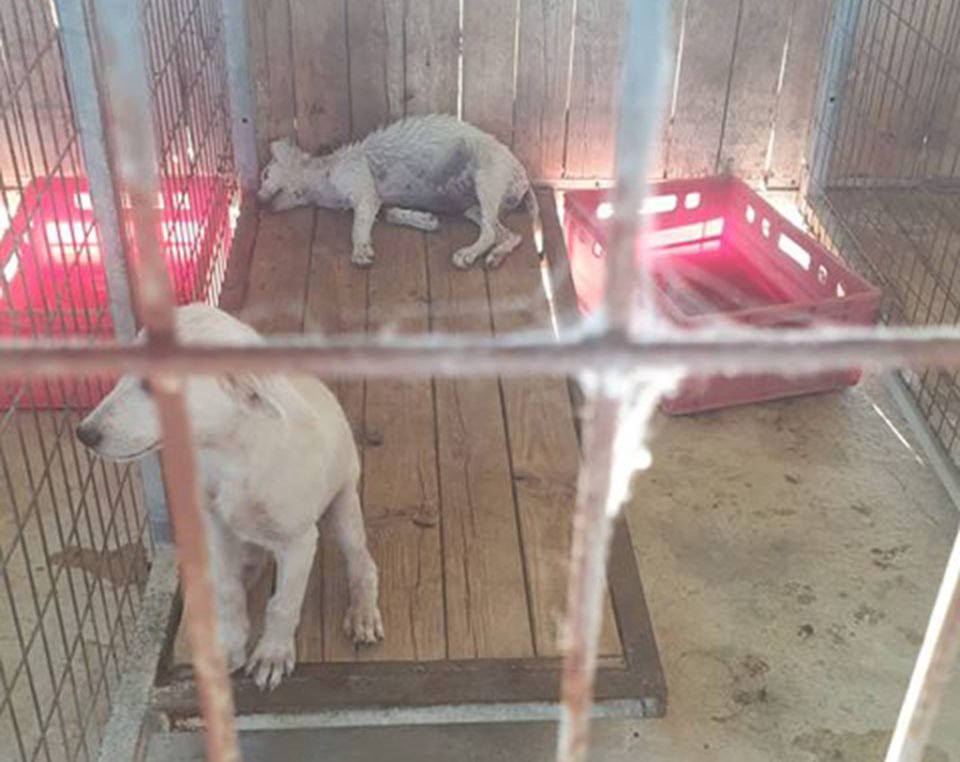 The conditions at the shelter

Yeri Mayor Neophytos Papalazarou on Tuesday refuted claims that shelter dogs under its care live in wretched conditions after the Animal Party circulated photos of the facility showing a dead dog in a cage.

The municipality uses the services of a private dog shelter since it cannot afford to run its own.

The Animal Party on Tuesday said it condemned Yeri Municipality for the unacceptable conditions the dogs were living in, saying conditions were substandard without water and care while some of the dogs are malnourished and others dying due to the very high temperatures.

It called on the head of the state vet services to order a probe and the police to re-investigate the case since when it was first reported by a visitor to the shelter nothing was done.

The mayor however told the Cyprus Mail that the dog in the photo was ill when it was taken to the shelter and had died the next day.

“We collect stray dogs daily, some of them are sick, malnourished,” he said.

He said when he received the complaint on Saturday he went to the shelter and did not find conditions to be bad.

“I admit they could be better but the owner of the shelter is truly struggling to provide for those dogs given that it is full to the brim,” Papalazarou said.

On Monday, a meeting took place with the shelter owner to discuss the problems faced who said it was difficult to cope since many dogs end up staying there for months and more and more are coming in. The shelter, he said, is licensed by the state vet services.

The municipality pays for the dogs’ expenses for 15 days and then the shelter assumes the costs for them.

Papalazarou said both he and the owner of the shelter are against putting dogs to sleep if their owners are not found after 15 days and there is an effort by the municipality to encourage people to adopt them.

He added that they are trying to find another shelter to take in some of the dogs but they are all full to the brim.

“We have a huge problem, like all municipalities especially during hunting seasons we collect many dogs,” he said.