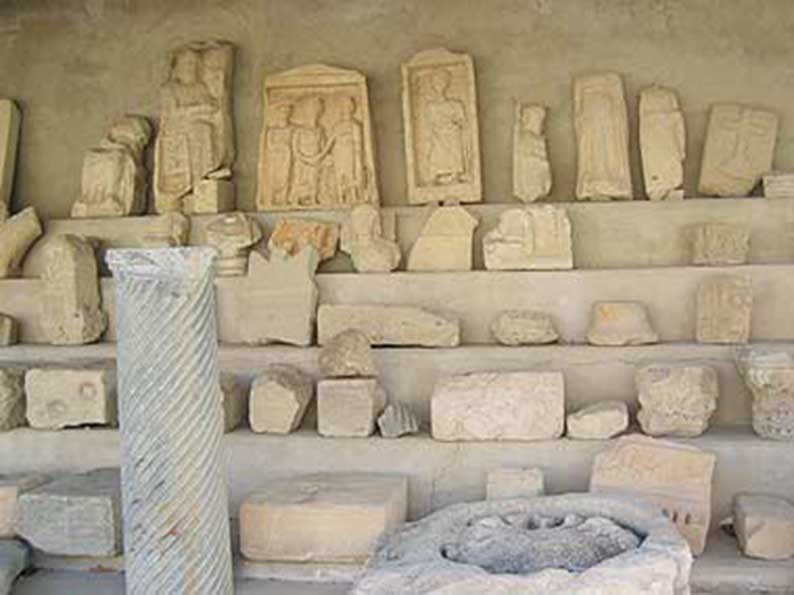 The Paphos archaeological museum has been closed since 2016

Paphos mayor Phedonas Phedonos said on Wednesday that he stood by his accusations over the frequent absence of the antiquities department’s director on work trips abroad, which he said had contributed to the long delay in reopening the town’s archaeological museum.

The mayor also took a swipe at Transport Minister Vassiliki Anastassiadou for defending the antiquities department director, Marina Ieronymidou-Solomidou, against his claims. He said Anastassiadou was covering for Solomidou because they were extended family.

Phedonos was responding to a reply on Tuesday by the transport ministry to his statements last week that the Paphos museum has been closed since 2016 because the antiquities department is shirking its responsibilities.

He had said that Ieronymidou, “instead of addressing the pressing and ongoing problems concerning the protection and promotion of the archaeological wealth of our country, is busy with her work trips abroad”.

He warned he would inform the auditor-general of Ieronymidou’s travel expenses.

Phedonos said the department of antiquities also had no answer to the substance of the problem which was that the Paphos archaeological museum has been closed for renovation since 2016, adding that the department “simply cannot manage the renovation properly and efficiently”.

On Tuesday the transport ministry called on Phedonos to recall his claims or prove them, the mayor’s claims were not true and were tarnishing the antiquities department and Ieronymidou.

The ministry said Phedonos’ claims have been investigated and no discrepancies were found. It added that all work trips have to be pre-approved by the ministry’s permanent secretary.

It said works on the museum building have been completed and the exhibit showcases were expected to arrive within September.

On Wednesday, Phedonos said that none of his questions had been answered and questioned whether the probe into Ieronymidou’s trips had taken place since no evidence was included in the ministry’s announcement.

Phedonos said he would like to know how many working and non-working hours was Ieronymidou on work trips and how much she received in allowances.

The mayor added this information was not private data since they concern service activity of a civil servant.

He said the museum was only supposed to have been closed for a few months for renovation but four years later work was still not completed.

In the meantime, the staff that used to work at the museum while it was open remain in service, Phedonos said, adding that this was squandering of public money. The closure of an archaeological museum in an exclusively tourist town was harming public interest, he said.