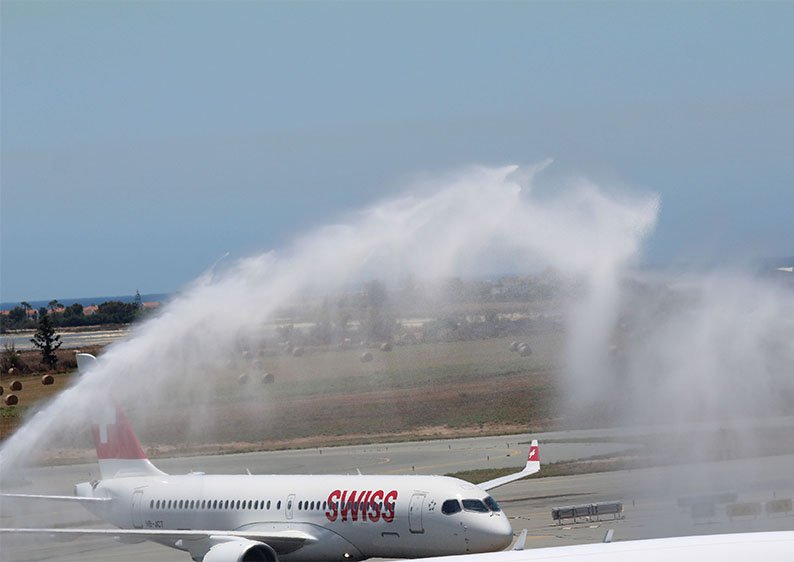 The SWISS flight being greeted with the traditional water arch

Hermes Airports has announced the launch of SWISS airline flights between Larnaca and Geneva which started on Wednesday.

The route was inaugurated on Wednesday and will operate on a weekly basis every Wednesday. An extra flight on Saturdays will operate during September and October.

“The new flights by SWISS are the outcome of Hermes efforts to strengthen the countries’ connectivity,” said the senior manager of aviation development at Hermes Airports, Maria Kouroupi.

The first flight landed in Larnaca Airport in a traditonal water arch followed by a warm welcome for the first passengers in the arrivals section.

The flights will carry an estimated number of 4000 passengers during the summer.

The route provides Swiss passengers “with a new destination and the chance to explore Cyprus and Cypriot passengers with the opportunity to explore Genova” said Lorenzo Stoll, head of SWISS in west Switzerland.