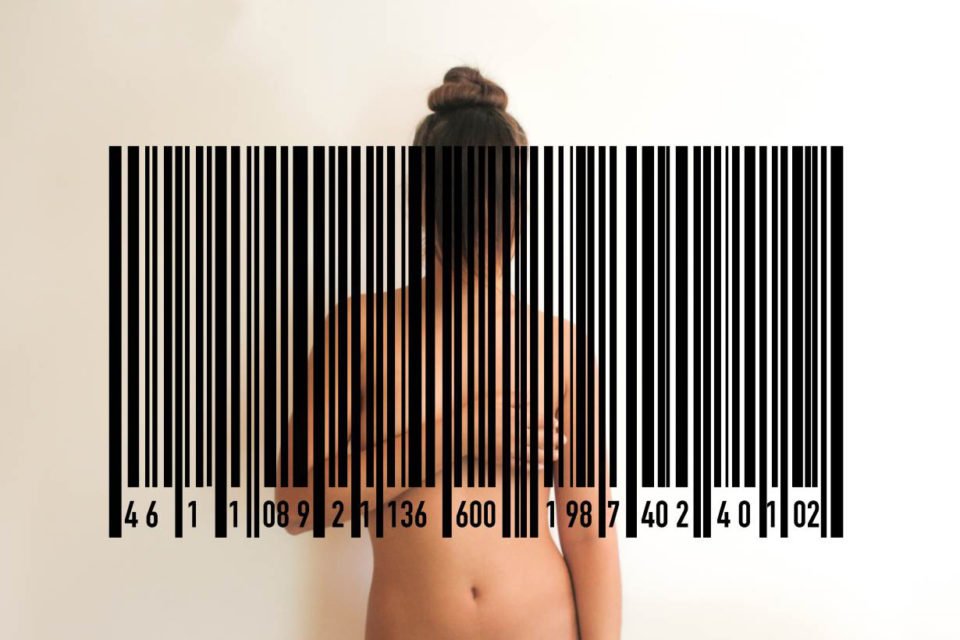 A naked woman floats in the air with a pair of scissors tied around her waist while another straddles a cannon, her head tilted towards the sky.

This is one of a series of photos that was on display in Paris this week that aim to depict the oppression of women through their bodies, from discrimination against LGBT+ people to the trafficking of women and girls.

Women’s rights and art charities Wise Women, Thanks for Nothing and the Agency of Artists in Exile commissioned six female refugee artists from Afghanistan to Iran to highlight the subjugation of women for the exhibition.

Progress on women’s rights is backsliding in the face of taunts and hostility on social media that seep into public discourse, politicians and activists said at a global conference on women’s issues in Canada earlier this month.

Pakistani artist Sara Farid, who in recent years has photographed Pakistani transgender women in their homes, said she wanted to “document the real life of the women you never see”.

“In Pakistan no one wants to look at, or talk to, transgender women, they’re seen as immoral,” Farid told the Thomson Reuters Foundation.

Transgender women are among the country’s poorest people and live in communal houses, where they are hired to do private dances for men, Farid explained.

In one of her pictures, a woman sways in a yellow and pink dress in a dimly lit room, as two other women watch her from behind.

“They have legal rights, for example can self-identify as a ‘third sex’ on their ID card, but they’re also persecuted or even killed for being seen as un-Islamic,” she added.

Former theatre manager Judith Depaule, who co-founded the Agency for Artists in Exile in 2017, said that “in many patriarchal societies women have no room to express themselves… and if they do, they receive threats.”

She cited Afghan performance artist Kubra Khademi, whose work the exhibition featured and who received death threats after marching in a suit of armour to denounce sexual harassment against women, forced her to flee Afghanistan.

“By showcasing the work of female refugee artists specifically, we want to raise awareness among the public of societies where a woman cannot express herself, be it as an individual or an artist,” Depaule said.

Another of the exhibition’s artists, Iranian photographer Rezvan Zahedi, uses calligraphy in black ink over her pictures to depict the laws and norms governing women’s bodies.

“From Afghanistan, to Bangladesh to Iran, women can still be bought, just as you’d buy some food at the market,” Zahedi explained.

“That’s why I chose to draw a barcode,” she said in a phone interview, referring to one of her pictures where a woman is seen covering her breasts with one hand, with a barcode obscuring the upper half of her body.

“It’s important for women to know their rights – you cannot have a strong country without strong women, because our future leaders grow up with women,” she added.

After the closing of the (Un)capture beauty exhibition the artists’ work will be sold online.