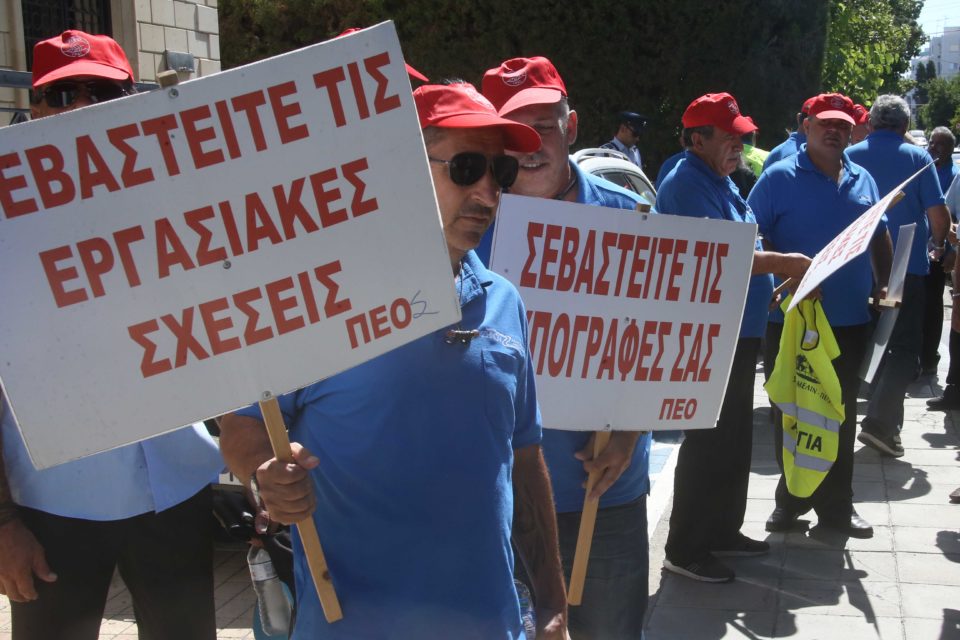 Larnaca buses are running as usual on Thursday after a three-day strike ended late on Wednesday.

Bus drivers went back to work after the Zenon bus company agreed to pay the June salaries of employees in full.

As reported on CyBC radio, a major shareholder of the company put up money to cover the salaries but no agreement was reached between the government and the company.

The employees went on strike on Monday because their salaries had not been paid and other payments such as their provident fund were also outstanding.

The company later offered to pay half of the salaries but the bus drivers declined, saying this was not enough to cover the expenses for themselves and their families.

On Wednesday, bus drivers protested in Nicosia and a series of meetings were held between Zenon and the transport ministry, but without results.

The Zenon board of directors claim the company needed the money paid by the government for the June salaries to pay creditors to supply spare parts and repair buses. They also said the government had arbitrarily cut subsidies in recent years, creating a big problem for the company’s liquidity.

Transport Minister Vassiliki Anastasiadou disagreed, saying that the ministry had fully abided by its contractual obligation to submit to the company the amount to pay employee salaries.

“As is the case every month, the company received the sum, but did not use it to pay its employees, something which constitutes a criminal offence,” Anastasiadou asserted.

“We fully understand the situation that has been created for the employees, who are being victimised even though it is not their responsibility,” the minister added.

The position of the union reps, however, is that the responsibility of the transport ministry is not limited to submitting the sum for employee salaries.

Thursday’s order of play at Wimbledon

Biker in serious condition after accident