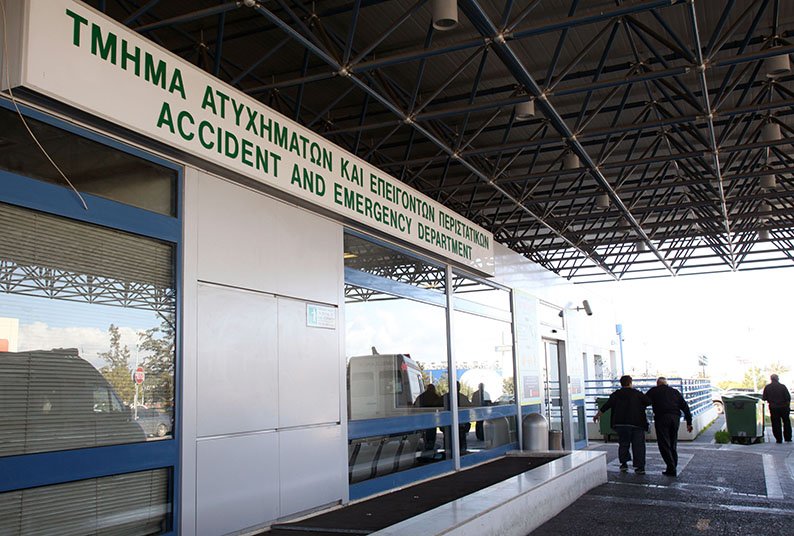 State doctors’ union Pasyki, said on Friday its members who work in accident and emergency departments (A&Es) would go on a 24-hour strike on July 9 over understaffing but there would be skeleton staff on duty to deal with emergencies.

Pasyki said in an announcement earlier in the day that at the same time its board had agreed to respond positively to the health ministry’s call to dialogue in a bid to avert the strike measures on the condition that the dialogue would be between them and the ministry and not other unions “that did not announce a strike and, more importantly, that have made clear they were not backing the announced strike.” Pasyki was referring to public service employees union  Pasydy, which said it did not agree with the strike.

Later in the day however, Health Minister Constantinos Ioannou announced on Twitter that a meeting scheduled for Saturday morning would take place despite Pasyki’s refusal to attend “by using the presence of representatives of other unions as pretext.”

“This is a sad development and not a convincing one,” Ioannou tweeted.

He gave reassurances that if the strike did in the end take place, measures would be taken so that there were no risks to anyone’s health.

The union’s leader Soteris Koumas said last week that they had decided to strike since no solutions had been found following repeated calls to the health ministry, the state health services organisation Okypy and the Health Insurance Organisation (HIO) for dialogue to address the various problems faced in state hospitals.

The union said that during a board meeting attended by the heads of the state hospitals’ A&Es they discussed understaffing and the subsequent possible risks to patient and staff safety.

Pasyki said they discussed the work plan sent by the health ministry and Okypy and the measures they were willing to take and they found them insufficient.

Pella pulls out all the stops to send Anderson packing