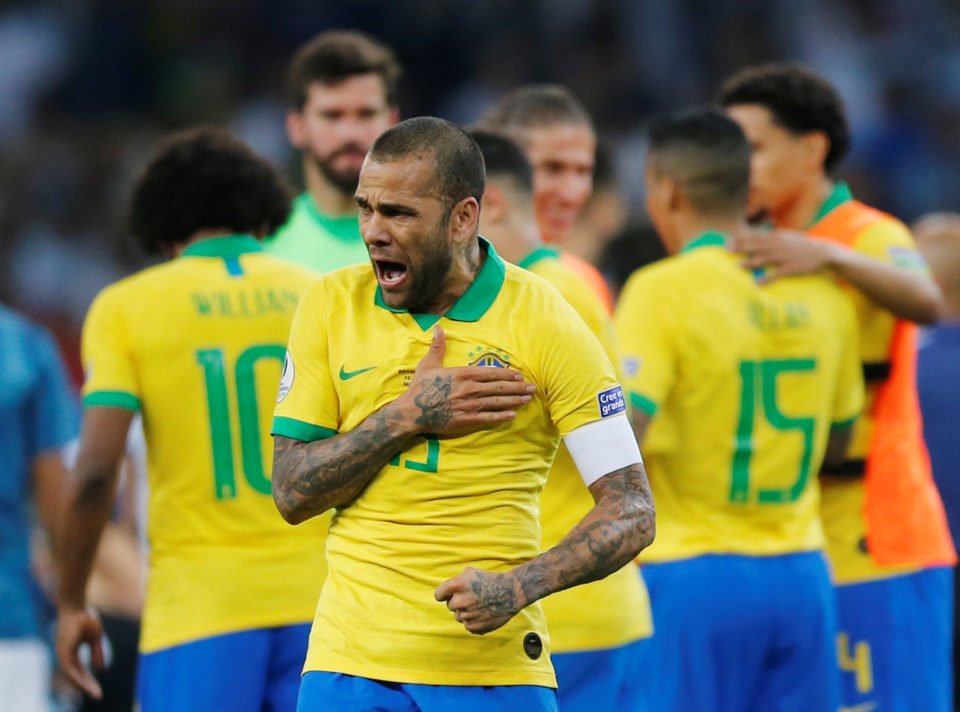 Brazil have lifted the trophy every time they have hosted the Copa America and will look to maintain this perfect record with a first major tournament triumph since 2007 when they take on Peru in Sunday’s final.

Anything less than victory for South America’s most populous nation and most successful national team at the Maracana will be deemed a monumental failure, however, and could cost Tite his job regardless of the steady progress the coach has overseen.

Despite losing Neymar – their most recognisable and talented player – to injury on the eve of the tournament, the hosts have looked the strongest and most complete side with 10 goals scored and none conceded in five matches.

Their path to glory has been made easier by holders Chile going out in the semi-finals to Peru, who the hosts trounced 5-0 in the group stages with a whirlwind display which had some hailing the return of the dazzling Brazil of the past.

Brazil captain Dani Alves was accused of over-confidence after posting “That’s it” on Twitter after Peru shocked Chile, although the right back later denied that he was mocking Ricardo Gareca’s side.

The hosts are overwhelming favourites to beat Peru, but no-one in the country needs reminding of when Brazil went into the 1950 World Cup final at the Maracana feeling certain of lifting a trophy only to suffer a harrowing defeat to Uruguay.

Brazil defender Marquinhos said no-one in his side was underestimating Peru, who have reached the final of the Copa America for the first time since winning their second South American title in 1975.

Brazil have won the tournament eight times, including four times as hosts.

“We know that in football things change very quickly and Peru are in a completely different state now, and everyone has to know that it will take a huge effort to beat them, because a final is a one-off game unlike any other,” he told reporters.

“It will come down to emotions, tactics and technique. We will have to combine these factors and the tiny details will prove the difference in this game. The team which makes the fewest mistakes will be champions.”