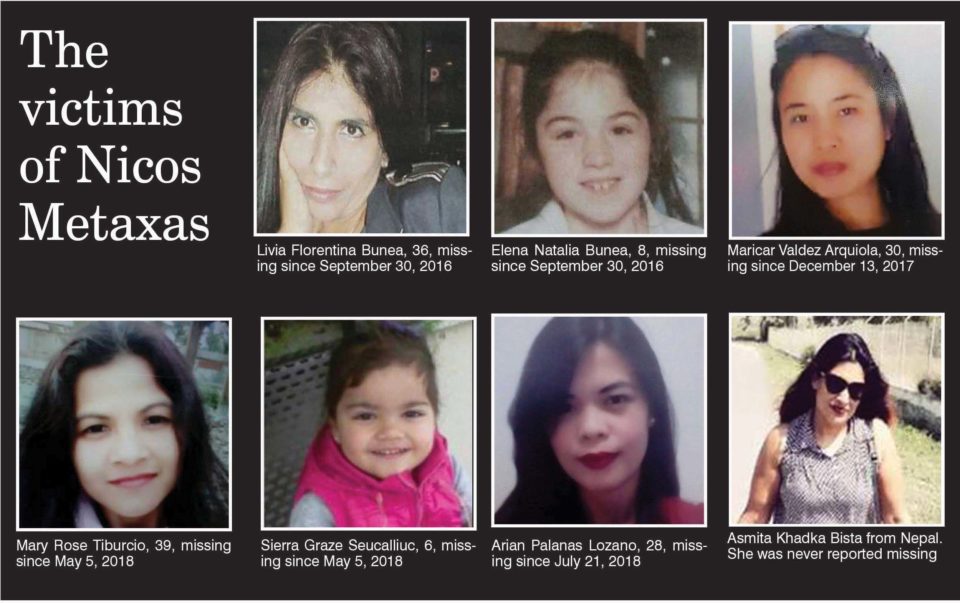 Any failure by Cypriot authorities to properly investigate cases of missing persons, which in seven instances at least, led to murder by a serial killer, were down to negligence and inefficiency, not racism, an address by President Nicos Anastasiades to the Filipino community said on Sunday.

He called it a “casual and careless approach”.

The address was delivered by First Lady Andri Anastasiades at Saint Catherine’s Catholic Church in Limassol to mark the 121st anniversary the of Philippines Independence Day due to the president remaining incapacitated after an accident.

“Although today is a day of celebration, I would like to express – yet again – the deepest condolences, both mine and of the Government and the people of Cyprus, to the families, relatives and friends of the victims of  the recent appalling crimes whose country of origins, amongst others, was from Philippines as well,” the address said.

Three of the seven victims of Nicos Metaxas, 35, the island’s first serial killer who was last month given seven life sentences, were Filipino woman, and one was the daughter of one of the women.

“Our thoughts and prayers are with the victims, their families and loved ones, who, needless to say, have our full support during these extremely difficult times,” the address went on.

It said “these hideous crimes” did not reflect the moral values of Cypriot society, its sense of compassion and inherent respect to all those who have searched for a better future on the island and had become an integral and valuable part of life.

“We feel deeply frustrated, but, above all, ashamed that the acts of a person and the disregard of human life that he showed have cast a shadow on this,” the address said. “What is most frustrating is the stance of all those responsible as regards exercising their duties in investigating the reports for missing persons, which was one of sheer negligence and inefficiency and definitely not guided by any racist motives.”

The president said the government stood ready to hear any any suggestions from the Filipino community that might prove useful in improving internal procedures within the police, particularly in adopting preventive measures and improving procedures “that will allow us not to have a repetition of adopting this casual and careless approach”.

For Philippines Independence Day, the president extended the Government’s and the people of Cyprus’ “heartfelt congratulations and warmest wishes”.

“We also pay tribute to the active Filipino community in Cyprus, one of the largest overseas communities on the island,” the address said, estimating it at 10,000 “which throughout the years established an indispensable bond between our citizens and has contributed significantly to the development of mutual respect and understanding between our countries”.