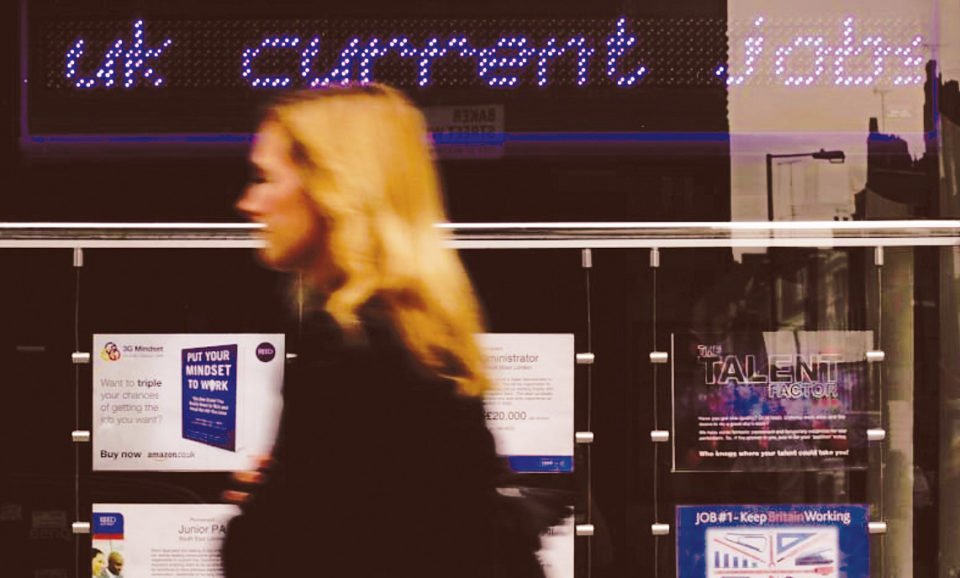 A pedestrian walks past an employment centre in London

If Western economies are at full employment, then why are people still hurting? That is the conundrum David Blanchflower lays out – and endeavours to answer – in his new book. Echoing John Maynard Keynes, the British-American economist contends that the West has still not emerged from the long, dragging “semi-slump” that followed the 2008 financial crisis.

At a time when the jobless rate is well below 4% in both the United States and the United Kingdom, it may seem odd to publish a book titled “Not Working: Where Have All the Good Jobs Gone?”. Yet Blanchflower, a professor at Dartmouth College, urges readers to look beyond headline unemployment figures to better gauge the health of the labour market.

Underemployment is a far better post-recession indicator, he argues. Job security is fundamental to happiness. Yet workers face a dearth of decent roles that pay well, while overqualified candidates are forced to move down the occupational ladder.

Weak wage growth is yet another sign that not all is well. As Blanchflower points out, “real wages haven’t grown for a decade in the UK and in 2018 are still 5% below their level in 2008”. Employees in other major economies like Japan have also seen their pay packets stagnate.

The author’s academic background is evident in the literature and data sprinkled through the 400-plus pages of text. But he supplements his research with what he calls the “economics of walking about” – attaching as much credence to what ordinary people are saying through surveys as he does to quantitative methods. It’s hard to dispute the grim outlook.

Who’s to blame for this predicament? For Blanchflower, who served on the Bank of England’s Monetary Policy Committee during the financial crisis, central banks are the obvious culprits. He reckons the U.S. Federal Reserve’s decision to raise rates was “a mistake” and that fears of resurgent inflation are largely misguided. The recent collapse in government bond yields, amid expectations that the Fed will reverse course due to ongoing trade tensions, lend some credibility to this thesis.

By far the most interesting parts of the book, however, are the ones that attempt to draw a link between underemployment, hopelessness, and support for radical right-wing politicians. Despair and rage have driven some people with less formal education, and often on lower incomes, to vote for Donald Trump and Britain’s departure from the European Union.

Meanwhile still-high unemployment helped elect Italy’s anti-establishment coalition government, and drove up support for French right-wing leader Marine Le Pen. For Blanchflower, this is all a failure of economic policy.

His proposed solutions are mostly conventional. He suggests cutting interest rates to target full employment, boosting infrastructure spending, and giving people greater incentives to work. Specific proposals include granting tax subsidies to increase labour mobility, setting up enterprise zones to lure firms, and subsidising childcare for working parents. However, the book would have benefited from more detail on how these policies could be implemented, and more examples of countries that have tackled the issue well. www.hcpress.com/events/top-streams-to-watch-usa-vs-netherlands-live-online-uswnt-wwc-finals.html

Blanchflower also devotes relatively little time to the other factors that have undermined job security. He discusses how globalisation weakened Western workers’ bargaining power, but offers little on the effects that automation and artificial intelligence have had – and will continue to have – on demand for human labour.

Still, Blanchflower’s main message – that Western economies are in dire straits unless they take more radical measures – is a welcome corrective to the idea that low unemployment numbers indicate rude economic health. As global growth weakens and the world gets used to what looks like a protracted trade war between the U.S. and China, the question of the lack of good jobs is not going away.

Sand, sand, everywhere … but not enough of the right grain