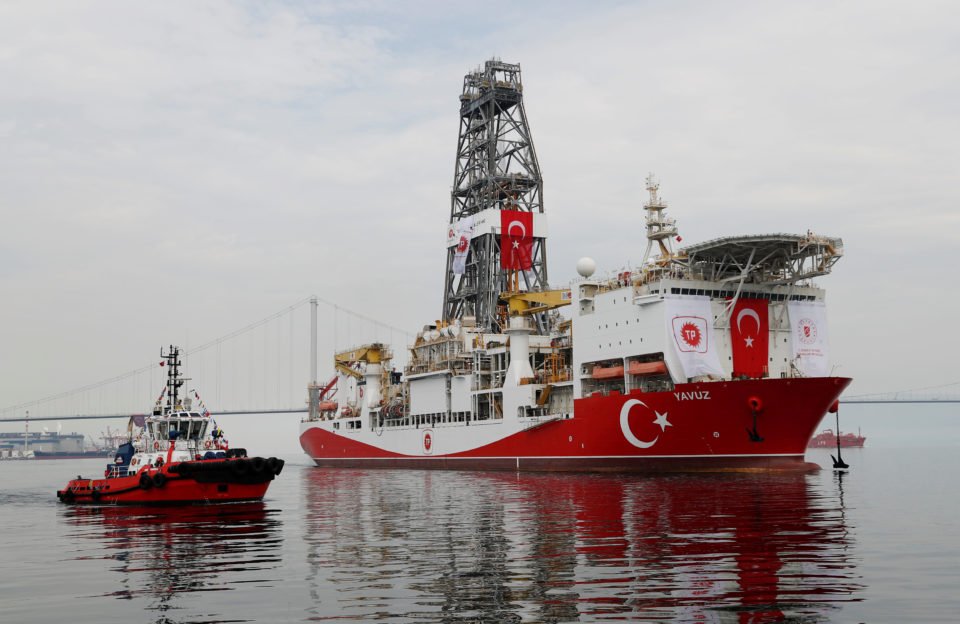 The European Union said Turkey’s plans to launch a second hydrocarbon drill off the coast of Cyprus was a grave concern and an unacceptable escalation which violated the sovereignty of the Republic.

Commission Vice-President Federica Mogherini called on Ankara to refrain from such actions, act in a spirit of good neighbourliness and respect the sovereignty and sovereign rights of the Republic of Cyprus.

A second Turkish drillship, Yavuz, which is expected to begin drilling for oil and natural gas near Cyprus this week, arrived off the island’s northeastern coast on Monday.

Another drillship, the Fatih, has been carrying out drilling off the island’s east west coast. Cyprus issued arrest warrants for its crew in June.

On June 20, the European Council mandated the Commission and the EEAS to present options to the Council for appropriate measures.

“The European Union will respond appropriately and in full solidarity with Cyprus,” Mogherini said.

Earlier, the government strongly condemned Turkey’s action, saying it was an escalation of the ongoing violation of the Republic’s sovereign rights.

The presidency said Turkey’s action was a very serious violation of the sovereignty of the Republic of Cyprus.

“Turkey continues to violate international law, conventional and customary, blatantly ignoring calls by the European Union’s and the international community to end its illegal actions and respect the sovereign rights of the Republic of Cyprus to explore and exploit its natural resources within its sea areas,” the statement said.

It accused Ankara of refusing to engage in talks, deliberately avoiding them with the aim of creating new fait accompli.

The presidency said it was paradoxical that Turkey while refusing to recognise the Republic, a member of the EU and the UN that has struck agreements with neighbouring countries, “cites international law and claims to be acting with the permission of an illegal occupation regime.”

The statement said Ankara should realise that the only way of tackling the problems it creates was through intense and decisive dialogue based on UN resolutions and EU principles.

The essence of insignificant things