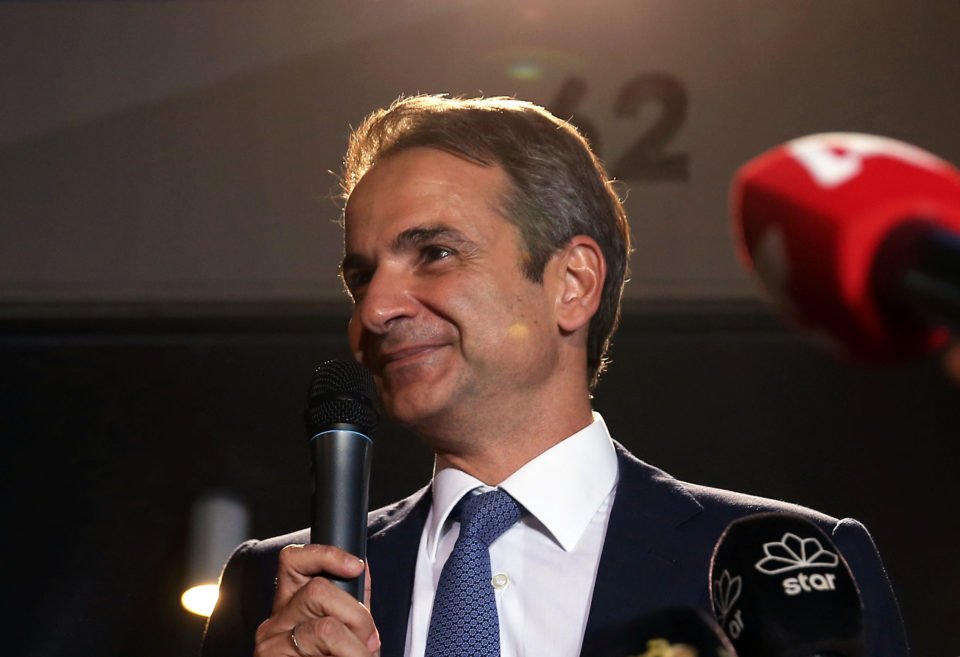 Virtually all the parties in Cyprus congratulated new Greek Prime Minister Kyriakos Mitsotakis, expressing the hope that under his stewardship Greece-Cyprus relations will grow even stronger.

Mitsotakis is expected to visit the island over the next fortnight.

In a statement the Democratic Rally (Disy), counterparts of Mitsotakis’ New Democracy conservatives, said they were confident that “the multi-layered coordination and cooperation between Greece and Cyprus will be further boosted, to face the challenges in the broader region of the eastern Mediterranean.”

Disy leader Averof Neophytou had flown to Athens on Sunday specifically for the snap elections, visiting Mitsotakis at his office to congratulate him after the first exit polls came out.

Similar wishes for a more robust relationship between the two countries were conveyed by other parties in Cyprus.

President Nicos Anastasiades held a telephone conversation with the new Greek premier on Sunday night, whom he wished well in his efforts to govern the country.

According to Greek media, Turkish President Tayyip Erdogan was the first leader to contact Mitsotakis to congratulate him on his victory.

During the call, Mitsotakis stressed to Erdogan that he looked forward to a thawing of relations between Greece and Turkey.

Mitsotakis had paid a two-day visit to Cyprus in April. He told reporters at the time he was ‘cautiously optimistic’ that substantive progress could be achieved on the Cyprus peace process.

According to Wikipedia, at the time of his birth his family had been placed under house arrest by the Greek military junta that had declared his father persona non grata and imprisoned him on the night of the coup.

In 1968, with the help of then Turkish Minister of Foreign Affairs Ihsan Sabri Çaglayangil, the family escaped to Turkey, when Kyriakos Mitsotakis was one year old.

The family later moved to Paris and could only return to Greece in 1974, when democracy was restored.

From 1990 to 1991 Kyriakos Mitsotakis worked as a financial analyst at the corporate finance division of Chase Bank in London.

From 1993 to 1995, Mitsotakis attended Harvard Business School where he earned an MBA.

Venezuela opposition says it will meet Maduro envoys in Barbados