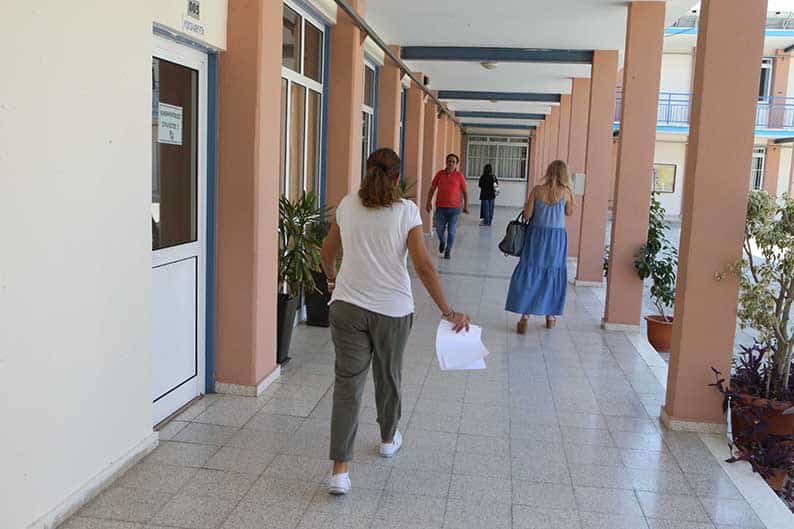 Cypriot teachers assess their students’ progress more often than the average rate within Organisation for Economic Co-operation and Development (OECD) countries, a study revealed on Tuesday.

According to the latest OECD Teaching and Learning International Survey (Talis), in Cyprus 88 per cent of teachers routinely assess their students’ progress by observing them and providing immediate feedback, higher than the OECD average of 79 per cent.

At the same time 87 per cent of teachers report administering their own assessments to students, 10 percentage points higher than the OECD average. But they are three points lower than the 41 per cent average as regards letting their students evaluate their own progress.

The aim of Talis, a worldwide evaluation that uses questionnaires administered to teachers and their school principals to gather data, is to generate internationally comparable information relevant to developing and implementing policies focused on school leaders, teachers and teaching.

The survey also showed that in Cyprus teachers are on average 45 years old, which is slightly higher than the average age of teachers across OECD countries and economies participating in Talis, which is 44 years old.

According to the study, 35 per cent of teachers in Cyprus are aged 50 and above which means the country will have to renew about one out of three members of its teaching workforce over the next decade or so. The OECD average is 34 per cent.

During their initial education and training, 68 per cent of teachers in Cyprus were instructed on subject content, pedagogy and classroom practice – a share that is lower than the Talis average of 79 per cent.

Around one in three teachers in Cyprus report having participated in some kind of formal or informal induction training when they joined their current school, compared to the 42 per cent of teachers across OECD countries and economies.

However, 16 per cent of principals report regular acts of intimidation or bullying among their students, which is close to the OECD average (14 per cent).

In Cyprus, 23 per cent of teachers work in schools where at least 10 per cent of the students have a migrant background – OECD average is at 17per cent – while 98 per cent of school leaders report that their teachers believe that children and young people should learn that people of different cultures have a lot in common which is three points higher than the OECD average.

During a typical lesson, teachers spend 78 per cent of classroom time on actual teaching and learning on average in Cyprus, which is the same as the OECD average.

As regards classroom management, 84 per cent of teachers in Cyprus said they frequently calm students who are disruptive which is 19 points higher than the OECD average.

Some areas of professional development are still lacking, according to teachers, the study said.