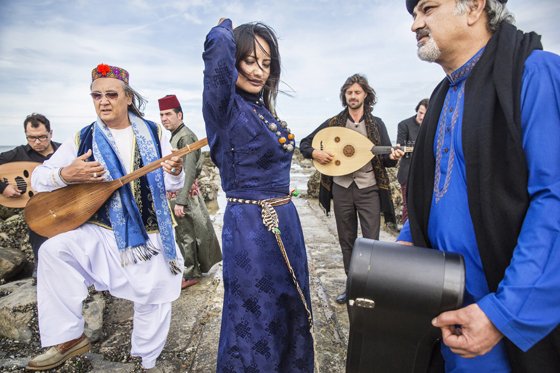 World Music. Is it just songs from other countries or is it music brought to us by way of, well, everywhere? Is folk music involved, or is it more about the obscure instruments – duduks, mbiras and ouds? And why does just the mention of the genre cause an irresistible urge for a hemp-sandaled chill fest? Perhaps the only way to find out is to actually visit a world music festival. And there’s one happening in Limassol!

Taking place from July 12 to 25 in Heroes Square, the Cyprus Rialto World Music Festival might just give us the definitive answer as to exactly what constitutes this almost indefinable genre. Now in its 14th year, it’s billed as “a multicultural World Music Festival, a colourful meeting of musicians and viewers of different nationalities” which aims to “create a musical bond between the audience and the music of different traditions.”

We’re given further clues with the description: “The colourful world of the Ethnic Festival has been and remains a meeting of shapes and sounds from different countries. Virtuoso musicians established in the international music scene, search, adopt influences and trends, creating performances that surpass and transcend boundaries and frontiers of all kinds.”

Ethnic is probably the key word here. Every year we’re brought “groups and musicians who share a rich cultural past and also develop a contemporary musical present, with common origins and influences, organising a series of events that draw inspiration from the tradition of each country around the Mediterranean.”

But enough of this conundrum – perhaps the bands themselves will give a better idea of what exactly constitutes world music.

It begins on Friday with a performance from Rumba Attack at 9pm. A Cyprus-based group with a bent for original instrumental material, this three-man band boasts a distinctive flamenco-rumba style, blended with sounds from Middle Eastern origins, rock and boss nova. And though the group is currently in the process of recording their debut studio album, what they’re big on (a clue!) is “live shows featuring an eclectic mix of instruments – the Cretan lyre, ute and various unusual forms of percussion.”

On July 16, another local ensemble, the Reggetiko Project will play. Hailing from “diverse musical backgrounds” the five members of the band are known for fusing folk elements with those of jazz, reggae, Indian and Armenian music, using instruments such as the cajon, melodica, and baglamas. But then two days later are the “original compositions and songs from the international jazz repertoire” with the Ioannis Vafeas Trio, who tend towards the more recognisable trio of drums, bass and piano.

On the Friday, there is a break from the instrumentals with the musical stylings of the Epilogi Cultural Movement’s Choral Crossroads and “the choral music of each country represented in the international Ethno choir.” But it’s back to the bands the following day, with Havana Noche, a six-member group who transmit “the energy, enthusiasm and passion of Latin music” through a mix of vocals, percussion, and brass.

The Festival ends on July 25, with a UN-sponsored performance from Refugees for Refugees: a group which brings together renowned musicians from Syria, Tibet, Pakistan, Iraq, Afghanistan and Belgium united by their desire to weave links through their music. And in this 10-member ensemble, we’ll be enjoying an abundance of those more obscure instruments: along with the vocalists, there are players of the sarod, dramyen, dambura, qanun, ney and oud.

While the jury’s still out on the exact definition of this confounding genre, of two things we can be sure: hemp sandals are optional, and the Cyprus Rialto World Music Festival will be super chill.

In Heroes Square, Limassol, from July 12 to 25. All performances start at 9pm, and entrance is free of charge. For more information and a full programme of events, call 77777745 or visit www.rialto.com.cy

Spanish man dies after being swept away by floods

Commericals that must be viewed