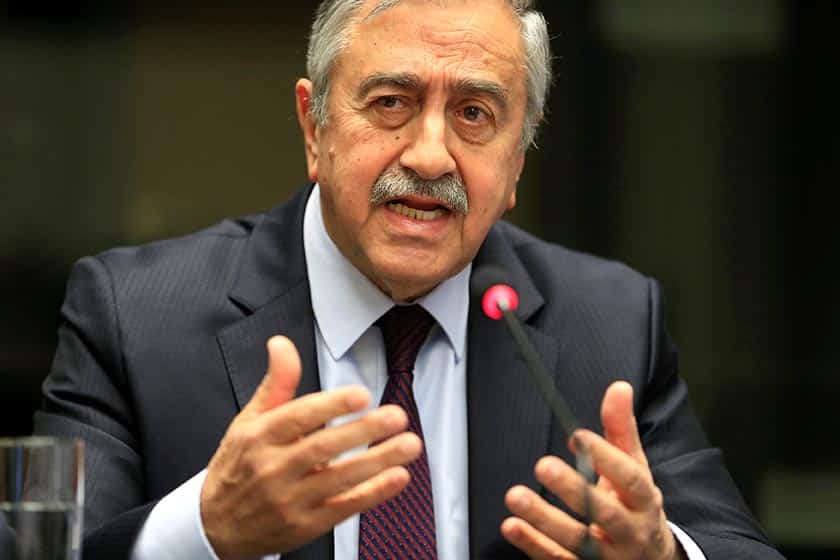 Turkish Cypriot leader Mustafa Akinci on Wednesday called on the Greek Cypriot side to take action after a tourist bus from the north was reportedly harassed at Larnaca airport, preventing it from completing its journey safely.

Following a meeting Akinci had with UN Special Representative and Unficyp head Elizabeth Spehar, the Turkish Cypriot leader said he raised the issue of the bus with her and that he asked her to tell President Nicos Anastasiades and the Greek Cypriot authorities to take the proper measures in light of the incident.

According to a post on social media from the Turkish Cypriot ‘deputy prime ministry and foreign ministry’ on July 7, the bus was harassed on July 5, when it went to Larnaca to pick up a group of Hungarian tourists.

The ‘ministry’ said that the bus was blocked when it stopped to pick up the tourists, when vehicles parked directly behind it. It added that a plastic water bottle was thrown at the bus, and that one of the rear-view mirrors was bent.

The ‘ministry’ said that the security guards at the airport stood by and did nothing, and that the bus driver did not complain so as to not escalate the situation.

The bus was reportedly followed and tailgated on the highway, forcing the driver to change routes and cross from a closer checkpoint, the ‘ministry’ added.

Akinci on Wednesday said that the bus in question has all the proper paperwork required to drive in the state-controlled areas since 2008.

“This surely cannot be accepted. Everyone needs to be careful,” he said.

Commenting on his meeting with Spehar, Akinci said that the Turkish Cypriot side also sent a letter to UN Secretary General Antonio Guterres about the current situation regarding Cyprus talks.

Criticising Anastasiades, he said: “You know that the Greek Cypriot leader often sends letters to the UN Secretary General, which are then released for public opinion. We do it if there is a reason and if it is necessary, we do not send letters every day, every hour, however taking into account the situation we are in now, we felt the need to contact the Secretary General.”

Speaking after her meeting with Akinci, Spehar said it was a “very good meeting” and reminded that she earlier today met with Anastasiades.

Spehar said she holds these meetings with the leaders routinely before heading to New York. Next week, the Security Council will discuss renewing Unficyp’s mandate.

“I was also able to talk to Mr Akinci about the discussions that I had with Mr Anastasiades in terms of what we might be working on in the future,” she told reporters.

Asked if they discussed holding a meeting either late August or early September, Spehar did not want to give details.

“I would rather not talk about any details but we had a wide range of conversation with both Mr Anastasiades and Mr. Akinci”, she replied.

Earlier, Anastasiades expressed willingness to meet Akinci as soon as possible but he reiterated that Turkey’s actions inside the island’s exclusive economic zone remained an obstacle to the resumption of talks.

Anastasiades had also met Spehar to discuss the upcoming report on Unficyp, the draft of which will be submitted to the permanent members of the UN Security Council on Wednesday.

According to government spokesman Prodromos Prodromou, during the meeting, held at the president’s residence in Limassol, Anastasiades expressed his willingness to meet Akinci as soon as possible.

He added that they also discussed progress on the confidence-building measure (CBM) agreed between the two leaders concerning mobile phone interoperability across the divide.

“There are decisions on the mobile telephony interoperability, which will be applied,” he said.

Prodromou said they discussed all matters related to the UNSG’s Unficyp report with the CBM in question being among the positive aspects.

“We also have the known problems in the buffer zone and all the actions we expect will be included (in the report), not just as complaints, but so that the necessary measures are taken for such negative developments to end,” Prodromou said.

He added that Anastasiades has stressed that these developments “as long as they continue, are a preventive factor for the resumption of talks.”

Lute back to Cyprus in three weeks to discuss restarting talks