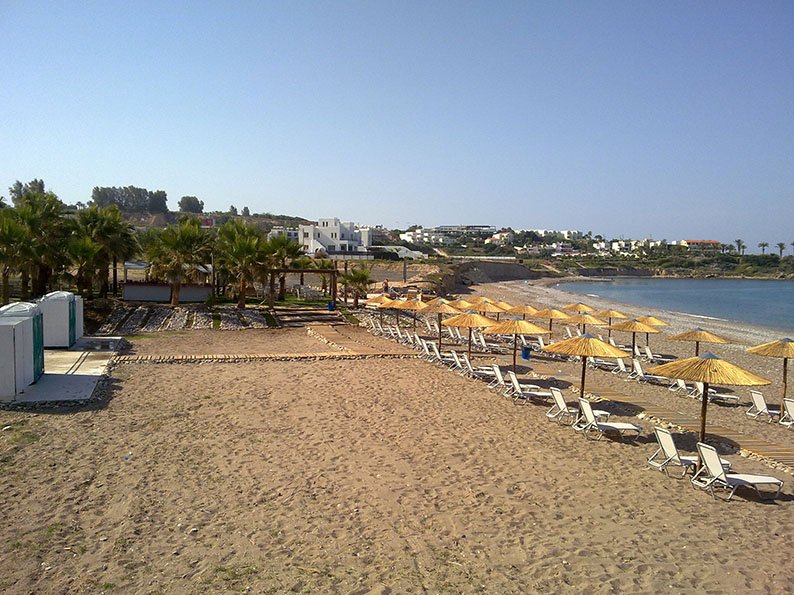 Beach at Kissonerga on Potima bay

The construction of a pier for the docking of cruise ships will be incorporated into a study to be conducted for the long-awaited Paphos marina, it emerged on Tuesday.

A proposal for the construction and development of the Paphos marina including the incorporation of infrastructure to accommodate cruise ships was presented by deputy minister of tourism Savvas Perdios at a meeting on Tuesday chaired by Transport Minister Vassiliki Anastassiadou.

“On the basis of the proposal, a great opportunity opens up for a holistic approach to the issue of the marina’s construction, in a way that will contribute towards the strengthening of efforts for the growth of the flow of tourism towards Cyprus,” Anastassiadou said after the meeting.

“We will be examining ways of [the proposal’s] implementation, through the conduction of studies which will assess issues relating to its viability,” she said.

The current proposal tabled by Perdios comes after the strong objections voiced last month by the Unesco office in Cyprus over plans to construct the pier close to the castle in Paphos harbour, where it said irreversible destruction could be caused to the Unesco world heritage site that covers much of this part of Paphos.

The organisation had demanded that a heritage impact study must first be undertaken before any green lights are given.

At the time Paphos mayor Phedonas Phedonos hit back, saying only the local Unesco commission is demanding the impact study, not the parent organisation, and they were doing so only to support “friends at the antiquities department”.

Should the proposal tabled by Perdios prove viable, the pier will be incorporated into the plans for the construction of the Paphos marina at Potima Bay in Kissonerga.

Our View: Time for striking doctors to come up with some suggestions