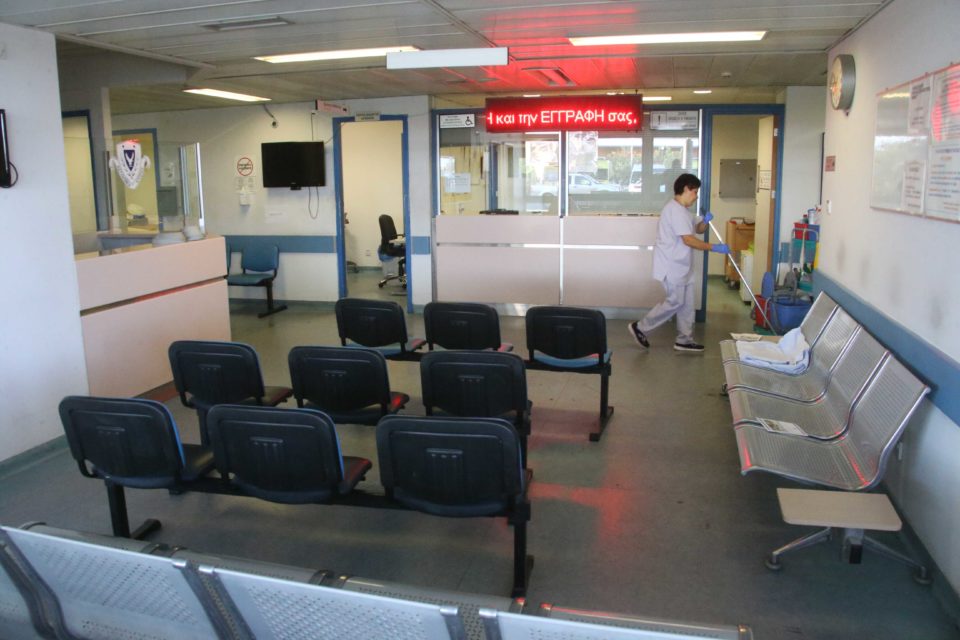 The 24-hour strike called by government doctors at all the public hospitals’ accident and emergency (A&E) departments on Tuesday was a display in totally meaningless industrial action. There was no real objective to the strike that was called by the government doctors’ union Pasyki on the grounds that the stakeholders – Okypy and the health ministry – had not done enough to tackle the problem of doctor shortages at the A&E departments of the hospitals.

Since the start of this year some 15 doctors had left the A&E wards, presumably to set up practices as personal doctors in Gesy, creating shortages that the health ministry and Okypy, which is in charge of state medical services, have been unable to tackle. The staffing problem at A&E is not new, but it has become more acute because of Gesy, with the health ministry having repeatedly failed in its efforts to solve it.

Advertising vacancies has not worked and neither has the €800 monthly allowance it has offered. This has now been doubled in the hope it would attract more interest while vacancies have also been advertised in Greece. Pasyki claims these measures were both inadequate and temporary. But what has the union proposed as a better line of action? Nothing. It has also claimed that because Gesy personal doctors were not obliged to see their patients, the latter would go to A&E wards, increasing the workload of the already overworked doctors.

If this were actually the problem would it be solved by a strike or by consultations with the Gesy administrators? It is not even as if the ministry or Okypy has refused to discuss the matter or tried to sweep it under the carpet. It acknowledges its existence and has been trying to deal with it. What does Pasyki want, to be satisfied, a monthly allowance of €3,000 perhaps? Or was the strike an indirect way of pushing its high pay demands for hospital doctors?

There is no doubt the shortages at A&E are not easy to cover. It is tough, high pressure and stressful work, which many doctors are not prepared to do when they could become Gesy personal doctors and earn twice as much. Perhaps the ministry and Okypy should consider using the trainee doctors from the medical schools now operating in Cyprus to support the A&E doctors. Trainee doctors would not replace them, but by working with them they would ease their workload while at the same time acquiring valuable medical experience. The problem is that any attempt of the medical schools to cooperate with public hospitals has been met with threats of strike action by Pasyki.

Erdogan says Turkey may face problems if cenbank not overhauled