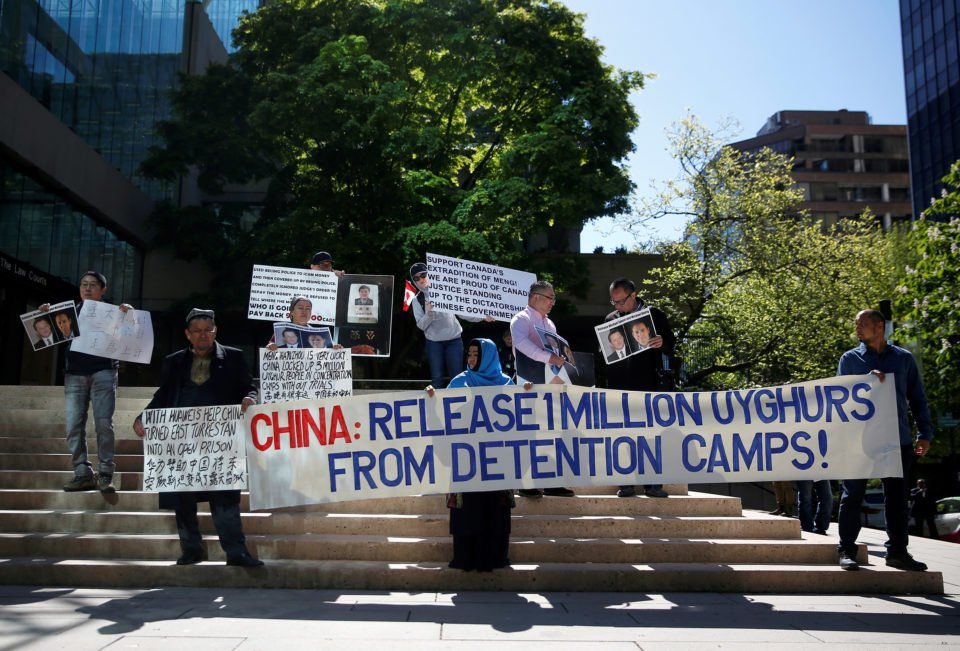 Nearly two dozen countries have called on China to halt its mass detention of ethnic Uighurs in the Xinjiang region, the first such joint move on the issue at the U.N. Human Rights Council, according to diplomats and a letter seen by Reuters.

U.N. experts and activists say at least 1 million Uighurs and other Muslims are held in detention centres in the remote western region. China describes them as training centres helping to stamp out extremism and give people new skills.

The unprecedented letter to the president of the forum, dated July 8, was signed by the ambassadors of 22 countries. Australia, Canada and Japan were among them, along with European countries including Britain, France, Germany and Switzerland, but not the United States which quit the forum a year ago.

It fell short of a formal statement being read out at the Council or a resolution submitted for a vote, as sought by activists. This was due to governments’ fears of a potential political and economic backlash from China, diplomats said.

“It is a first collective response on Xinjiang,” a Western diplomat told Reuters on Wednesday. “The idea of a resolution was never on the cards.”

Another envoy said: “It’s a formal step because it will be published as an official document of the Council…It is a signal.”

The letter voices concern at reports of unlawful detention in “large-scale places of detention, as well as widespread surveillance and restrictions, particularly targeting Uighurs and other minorities in Xinjiang”.

It pointedly cites China‘s obligations as a member of the 47-member state forum to maintain the highest standards.

“We call on China to uphold its national laws and international obligations and to respect human rights and fundamental freedoms, including freedom of religion or belief in Xinjiang and across China,” the letter said.

“We call also on China to refrain from the arbitrary detention and restrictions on freedom of movement of Uighurs, and other Muslim and minority communities in Xinjiang.”

Bachelet, a former president of Chile, has pushed China to grant the United Nations access to investigate reports of disappearances and arbitrary detentions, particularly of Muslims in Xinjiang.

China‘s ambassador to the United Nations in Geneva said last month that he hoped Bachelet would take up an invitation to visit. A U.N. spokeswoman said at the time that the trip, including “full access to Xinjiang”, was under discussion.

No Western delegation was willing to take the lead and expose itself as a “ringleader” through a joint statement or resolution, diplomats said. China‘s delegation is “hopping mad” at the move and is preparing its own letter, a diplomat said.

At the start of the three-week session, which ends on Friday, the Xinjiang vice-governor responded to international condemnation of state-run detention camps by saying that they were vocational centres which had helped “save” people from extremist influences.

China had now effectively contained terrorism and religious extremism in Xinjiang, Vice-Governor Erkin Tuniyaz told the council in an appearance that was sharply criticised by the United States.

Syrians arriving in the north were sent back to Turkey