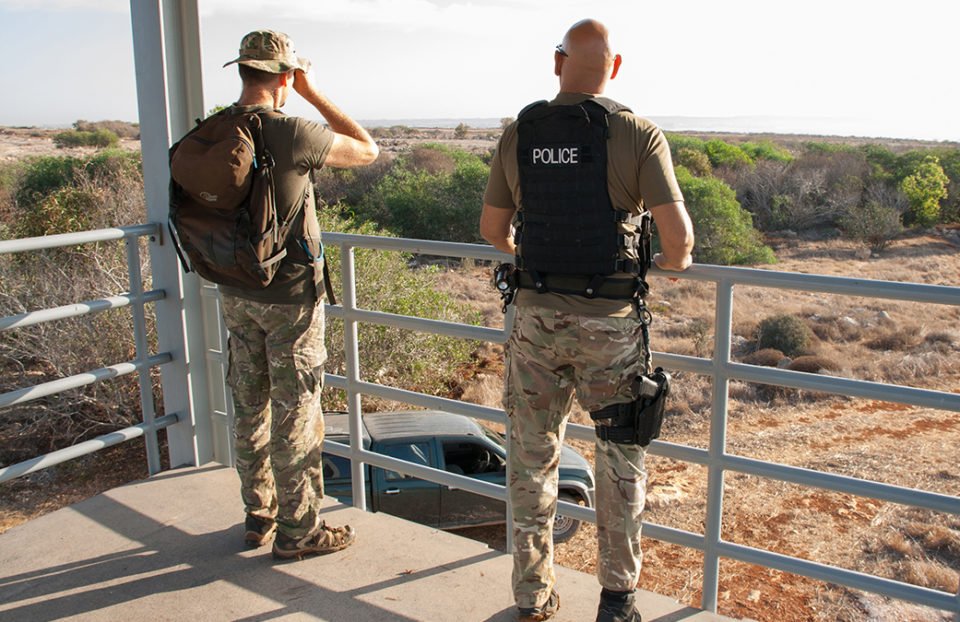 The convicted trappers were fined, while three of them also received 18-month suspended prison sentences. These latest convictions bring the total number of individuals convicted for illegal bird killing with the aid of covert surveillance to 26 since 2016.

The grim footage obtained shows the trappers removing birds from mist nets, killing them with knives, tossing them on the ground and then putting them in a plastic bag. All the footage gathered was used as evidence in court.

The Dhekelia SBA was for many years one of the most well-known bird trapping areas on the island.

Since 2016, the RSPB (BirdLife UK) with support from BirdLife Cyprus and the SBA Police has been using covert surveillance in the area to catch bird trappers in the act and use the footage as evidence for prosecution in court.

Such work has contributed to a significant reduction in bird trapping levels in the area in recent years.

Despite this significant reduction, “bird trapping remains a widespread problem in Cyprus and BirdLife Cyprus urges the authorities to maintain the pressure.

Every year, millions of migratory birds are unlawfully killed as they embark on their epic journeys between their homes in Europe and Africa. In response, BirdLife International has launched Flight for Survival, a campaign raising awareness of this issue globally.

The campaign focuses on seven bird species, including the Blackcap, that are killed on a massive scale at critical locations in Cyprus, Greece, Italy, Croatia, Bulgaria, Hungary, Lebanon and Egypt.