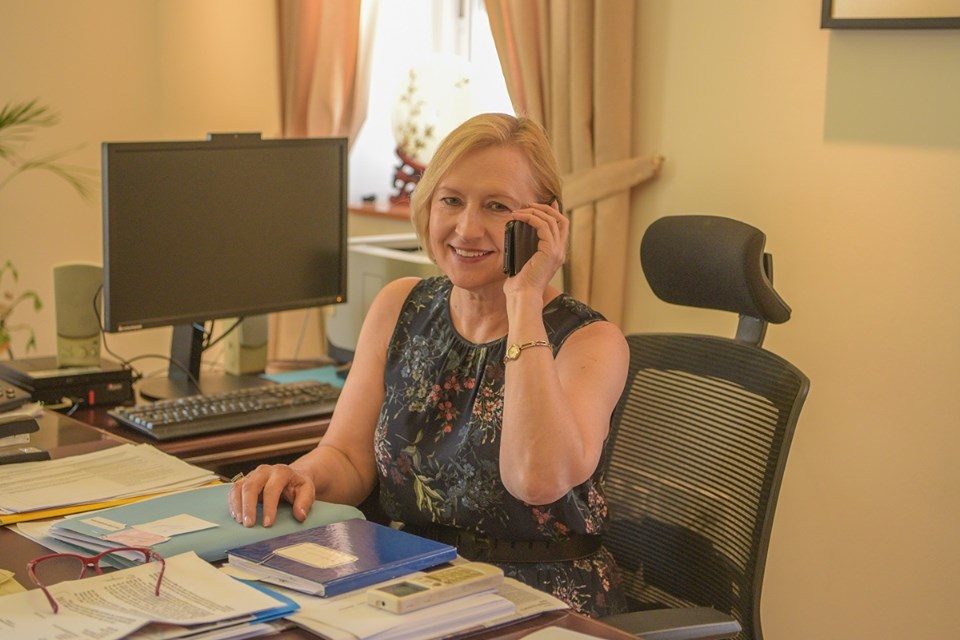 Are there deeper reasons behind the criticism of Special Representative Elizabeth Spehar?

The first mobile phone call across the divide after interoperability of phones across the island was achieved was made on Thursday just after noon between the two leaders.

The measure was achieved three years after President Nicos Anastasiades and Turkish Cypriot leader Mustafa Akinci agreed on mobile phone interoperability between the divide as part of confidence building measures (CBMs) between the two communities.

The announcement of the connection came from Unficyp, which said in a written statement that the two leaders announced the implementation of the interoperability of mobile phones across the island with the aim of improving the communication between the communities and bringing all Cypriots closer together.

According to the announcement, the first call took place between the two leaders at 12:45pm, facilitated by the Special Representative to the Secretary-General on Cyprus Elizabeth Spehar, confirming that the arrangement is now live and working.

“The achievement of this confidence-building measure (CBM) underlines the importance of dialogue, trust and co-operation between both sides,” the announcement said.

Anastasiades tweeted that he and Akinci made the first call. “In the same way we broke the barrier in communication, my wish is to abolish the line that divides our country in two,” he added.

Spehar congratulated the two leaders on the achievement.

“A welcome, practical step forward that I hope will facilitate better communication across the island and help bring Cypriots closer,” Spehar said.

She also urged the public to join with her and connect with each other “to mark this important day” and gave some hashtags for social media users to use to mark the day: #CyprusConnects  #TimeToTalk  #CyprusCalls

Mobile phone operators CyTA and epic have already included roaming charges for calls and messages to the north on their websites.

CyTA subscribers need to send an SMS to 8000 saying ON ROA to activate the service and OFF ROA to the same number to deactivate it.

The Unficyp announcement also said that Akinci and Anastasiades discussed the possibility of meeting the soonest possible.

The aim of the meeting, it said, is to evaluate the situation as regards to the current state of play on the Cyprus problem as well as furthering more potential CBMs which will affect positively the daily lives of all Cypriots.