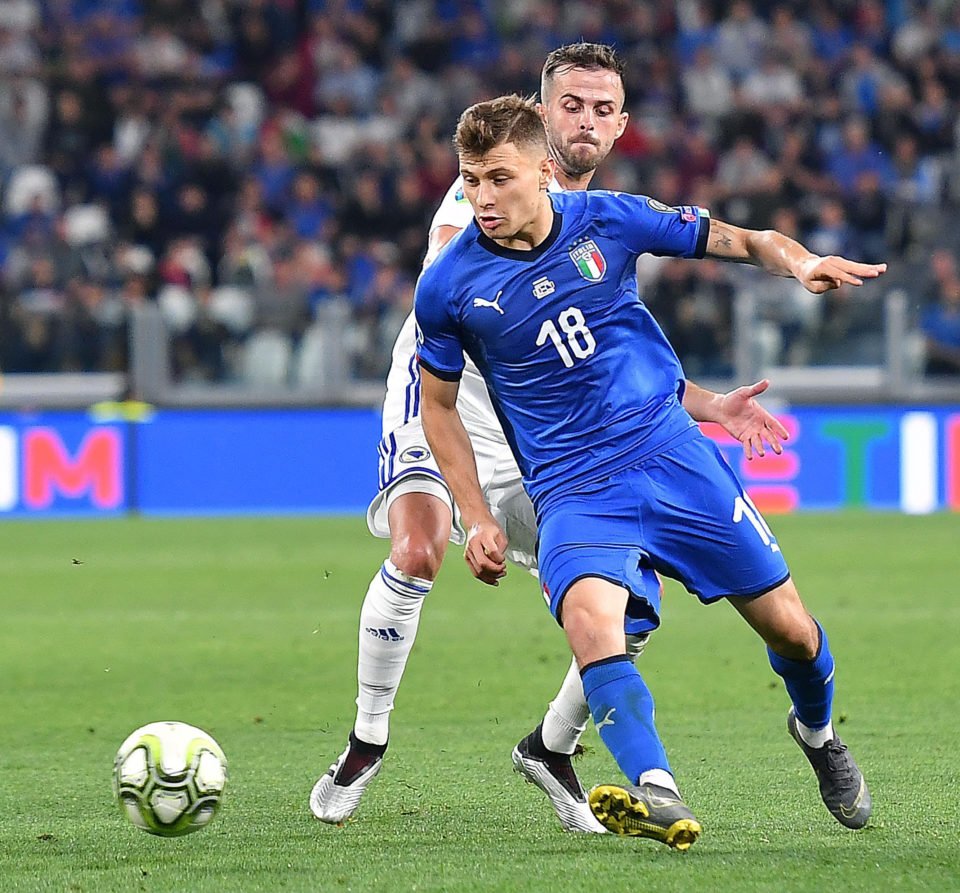 Nicolo Barella in action with Italy.

Inter Milan have secured the services of rising Italy star Nicolo Barella on a five-year contract.

The 22-year-old midfielder recently enjoyed two fine seasons with hometown club Cagliari, for whom he made his debut as a teenager in 2014, and was handed his full Azzurri debut last October.

Barella has since scored twice during Italy’s Euro 2020 qualifying campaign and Antonio Conte’s Inter have moved quickly to sign the versatile player, initially on a season-long loan deal.

A statement on inter.it read: “He’s determined and ambitious, and now he’s beginning a new adventure with Inter. The whole of the Nerazzurri family wishes him the best of luck.”

Barella joins the likes of Valentino Lazaro, Matteo Politano and Diego Godin in a new-look Inter squad as new head coach Conte bids to challenge his former employers Juventus for the Serie A title.