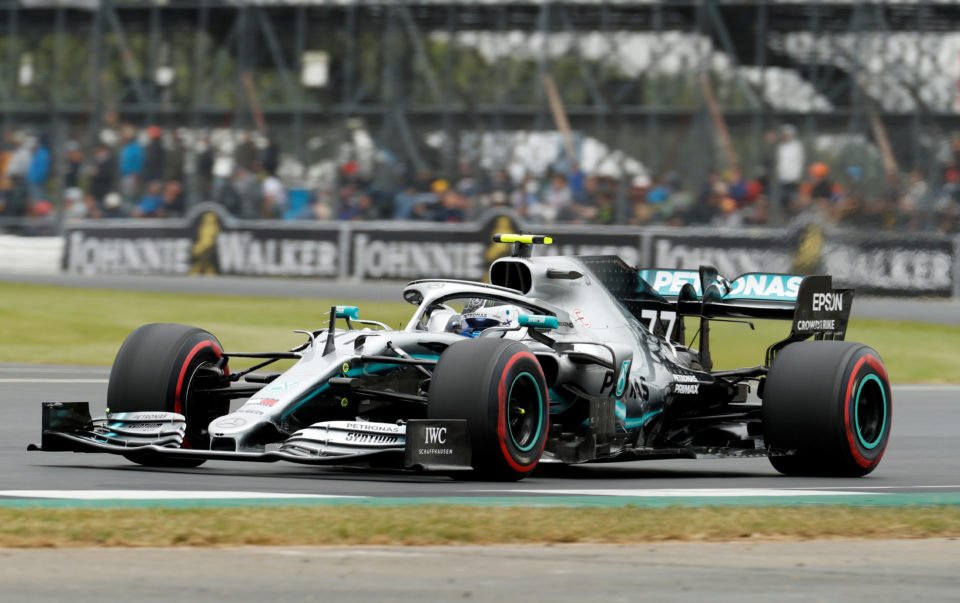 The Finn was a mere 0.006 of a second quicker than the home favourite as champions Mercedes locked out the front row on a cloudy afternoon at Silverstone.