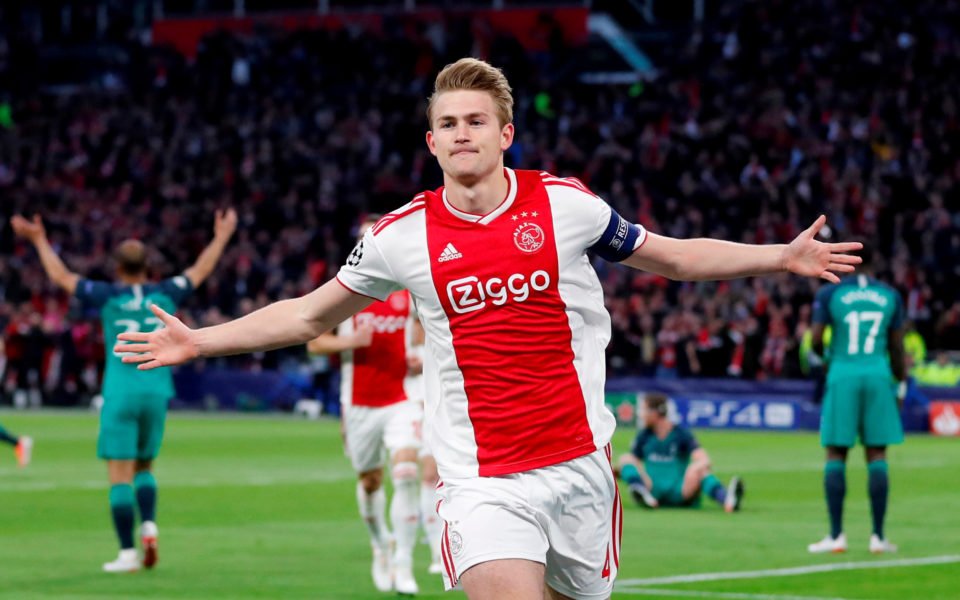 Ajax have announced defender Matthijs De Ligt has been left out of their squad for their summer tour to Austria pending “a possible transfer”.

Teenager De Ligt, a target for several of Europe’s biggest clubs, including Manchester United, is close to sealing a move to Italian champions Juventus, it has been reported.

Ajax said in a statement on their official website: “Ajax left Saturday afternoon with 28 players to the training camp in Bramberg, Austria. Awaiting a possible transfer, Matthijs De Ligt does not travel with the group.”

United, Barcelona and Paris St Germain have all been linked with De Ligt this summer, but it has been reported in Italy that Ajax and Juventus have agreed a £71.6million deal for the 19-year-old.

De Ligt played a starring role for Ajax last season as they won the Eredivisie title and reached a Champions League semi-final.

The Holland international was expected to join Barcelona but – after talks faltered over personal terms – Juventus appear to have won the race for his signature.

De Ligt has agreed a reported deal worth £10.4m a season with Juve, who extended their record of successive Serie A titles to nine last season.

FMs of Cyprus and Greece to discuss Turkey’s EEZ activities