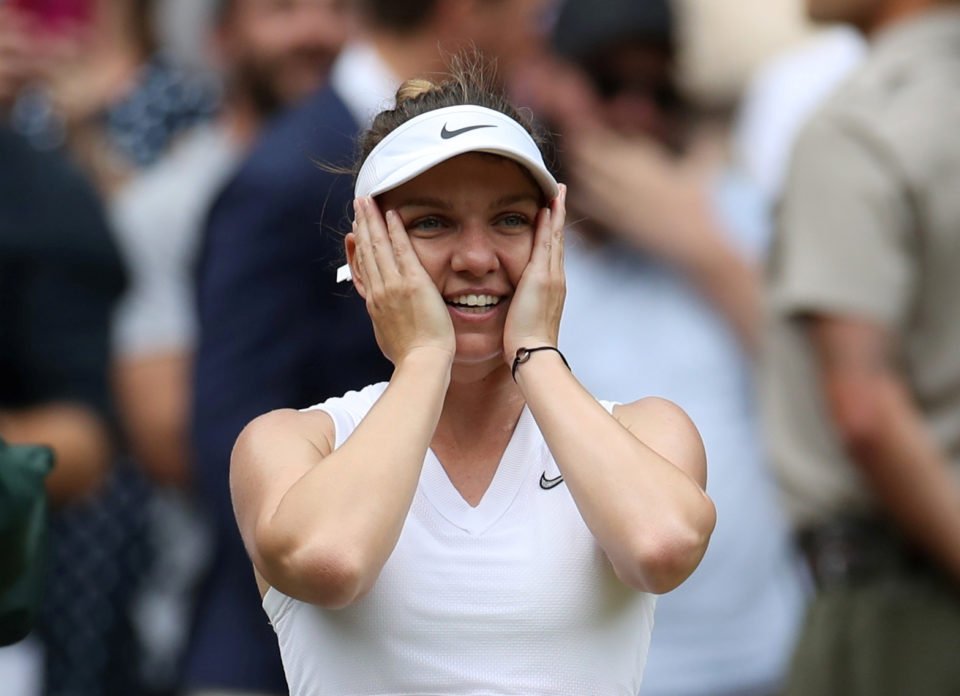 Romania's Simona Halep celebrates winning the final against Serena Williams of the U.S.

An inspired Halep took full advantage of an error-strewn display by seven-times champion Williams to become the first Romanian to win the Wimbledon title.

The 27-year-old Halep broke serve in the opening game and raced into a 4-0 lead. She remained rock solid throughout and Williams simply could not respond.

There were signs that Williams was finding her range in the second set but Halep was undaunted and reeled off the last five games, the contest ending after Williams buried a forehand into the net after 56 minutes.

It is the second year running that Williams arrived in the final seeking to match Margaret Court’s record 24 singles majors. Last year she failed to get a set against Angelique Kerber. She then went on to lose the U.S. Open final.