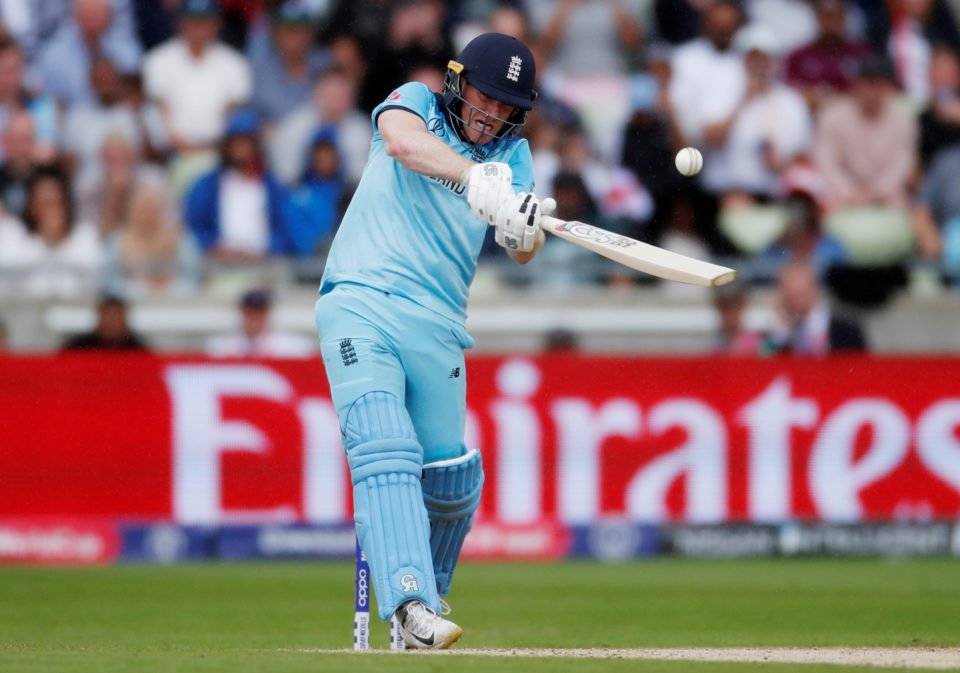 England's Eoin Morgan hits the to win the match against Australia.

England’s cricketers are ready to put the finishing touches to their World Cup final preparations at Lord’s, with a once-in-a-lifetime opportunity at hand and the biggest audience in a generation waiting.

Eoin Morgan and his side will battle New Zealand for the right to call themselves world champions.

Neither nation has ever won the men’s World Cup before, guaranteeing a slice of history at HQ, and the hosts have the added incentive of playing in front of a bumper, free-to-air audience for the first time in 14 years.

Lift the silverware and Morgan would secure his place in the canon of England’s greatest sporting captains.

Assistant coach Paul Collingwood is the only man who has ever led the side to glory in a global tournament – triumphing in the 2010 edition of the World T20 – and cannot think of a better person to share the honour with.

“There’d be no greater feeling for me than to see Eoin with that trophy. Nobody deserves it more. It would be a perfect ending to this journey.

“His legacy will last for a lot longer than this World Cup. These lads have grabbed the imagination of the public, particularly with the tournament on home soil.

“I’m not taking anything away from what we achieved in Barbados nine years ago but the enormity of a World Cup final at the home of cricket, with a game on free-to-air, it’s almost a perfect storm.”

Reaching the widest possible demographic was also on the mind of Trevor Bayliss, the England head coach.

He will leave his post after four years in September but knows how important Collingwood’s Ashes-winning 2005 team-mates were in inspiring the sport’s future followers and players.

“Any more fans we can get watching the game is fantastic for our sport,” he told BBC 5 Live.

“I think we have got the chance here in England to influence another generation of young cricketers.

“There’s a number of players in this team who were fairly young when 2005 was happening. It inspired those guys to greater things, so hopefully this can do a similar thing for the next generation.”

Adil Rashid, the Bradford-born leg-spinner who dreams of twirling his country to victory in front of millions, picked up the theme.

“People who have not been watching will have their eyes glued on the TV,” he said.

“It’s nice to know the whole of England is watching it and hopefully a lot of people around the world. It’s an exciting time.”

All the work’s done, Federer says ahead of Wimbledon final