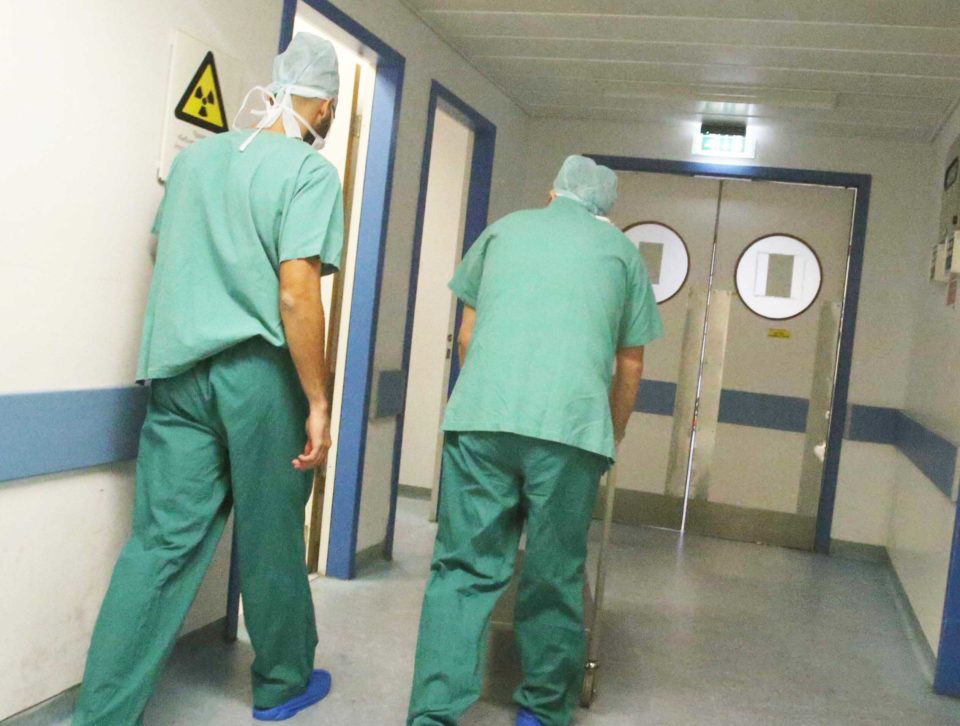 Despite the red tape, Gesy is an easier career option for newly qualified doctors than the old system was

Like the weather, our six-week-old national health scheme has become the fall-back topic at the dinner table.

We talk about how Gesy-hating private doctors insist the system will not work, how Gesy doctors are drowning in unnecessary paperwork, and how patients are abusing the system as they inundate their new GPs with endless demands.

But for newly qualified doctors just starting out, the Gesy project means something quite different: making a massive decision about their careers.

Maria Antoniou has recently qualified in Germany. Significantly, she does not want to use her real name. She disagrees with those doctors who are bad-mouthing Gesy and just concentrate on the negatives, but she fears if she uses her real name it would complicate relations with doctors she may have to collaborate with in future.

“Before Gesy there were only two things you could do: compete with established doctors in the private sector, or try to find a spot in the general hospital, the public sector,” she said.

Both were difficult. A newly qualified doctor is unknown and has not had the chance to convince patients that they can look after them. Competing with already known private doctors takes time.  Getting a post in a public hospital was also tough, since the number of doctors in each field was small.

All this has changed with Gesy. The Gesy website has a list with all doctors according to specialties, which, Antoniou says, translates into free advertising for the new doctors registered with the national health scheme.

The competition with the established doctors is just not there anymore, she said.

“People will think why pay rather than try a new one, let’s see what this other doctor is like, when it is so much cheaper.”

The system also encourages doctors to work together, as all get paid the same, while before each private doctor was trying to make as much money for themselves.

Under Gesy, two doctors, two GPs or two doctors with the same specialisation who decide to work together get money from the government which supports such moves.

It also makes more sense for practitioners to set up small clinics or medical centres.

Would she work for a state general hospital now? The answer is an emphatic no.

“Before Gesy I would have, as there was a guaranteed fixed income, and appointments were made for you so you could meet clients and people,” she said.

“Now this [the fixed income] can happen with Gesy and there are other positive things. You can judge how much time you need for each patient, you can space the appointments so you can take free time when you need it.”

As regards GPs, it provides them with a fixed income.

Before June there was no system helping patients choose a specialist. Patients basically had to self-diagnose, ask around and choose a specialist they thought could help. All too often, this was a waste of time and money. The GP system has changed all that.

“From a medical point of view, a general practitioner is much better qualified to allocate the correct specialist,” she said

The GP is meant to let the patient pick a specialist from the list on the Gesy website. Antoniou believes this will not always happen. The GP, when asked by a patient whom to choose, is likely to make suggestions. This does not mean the patient is then stuck with the suggested specialist.

The referral by the GP is for three visits. These might be with one specialist, let’s say a cardiologist,  but the patient can also use the referral to visit three different cardiologists if they decide they are not satisfied with the first.

But as with any bureaucratic system — and Gesy is most certainly that — the red tape is overwhelming for doctors, and also a significant investment.

“It is a big hassle to get into the system, it took me about two months, and there is a lot of running around involved,” the young doctor said.

First, she had to have her diploma recognised, something which is not straightforward. It meant registering as a specialist at the health ministry, than getting the diploma translated by the government’s Press and Information Office. Then a committee took about a month to decide if she was allowed to work according to what the diploma specifies.

“And I studied in the EU!” she exclaimed.

Each step costs money. “€500 just to be allowed to work as a doctor in Cyprus!”

Apart from subscribing to the doctors’ association, which also costs money, she needed to get a social security tax number as she had never worked in Cyprus.

She then had to rent an apartment to function as her doctor’s surgery.

“For the registration, I had to show a telephone and an electricity bill for a place from which I had never worked.”

Minister of Agriculture to participate in CAP debate in Brussels