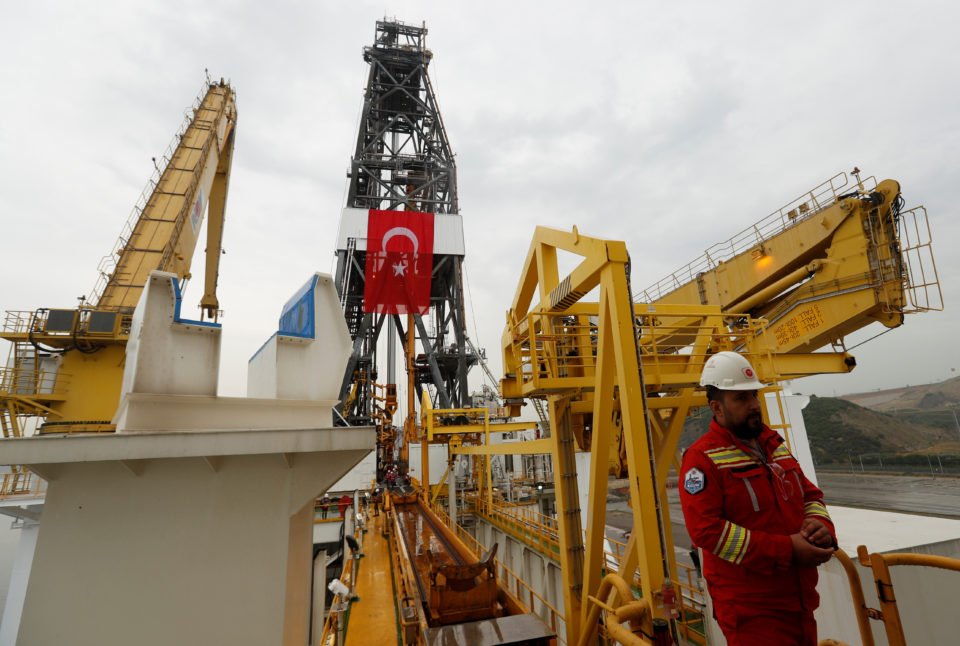 THE CYPRUS government appears to have invested a great deal of time and effort in persuading our EU partners to impose punitive measures on Turkey for its illegal drilling in the Cypriot EEZ. While a draft statement has been prepared that needs the unanimous approval of the General Affairs Council on Monday, disagreements remained among member-states some of which did not want to antagonise Turkey as the EU needs its cooperation on migration and security.

A draft of the statement said: “In light of Turkey’s continued and new illegal drilling activities, the EU decides to suspend negotiations on the Comprehensive Air Transport Agreement and agrees not to hold further meetings of the high-level dialogues for the time being.” It also endorsed the Commission’s proposal to reduce pre-accession assistance to Turkey for 2020 and called on the European Investment Bank to review its lending activities in Turkey. It added that more restrictive measures would be adopted if Turkey continued drilling.

An EU diplomat quoted by Reuters said, however, “don’t expect any wide economic sanctions,” explaining that these would be limited. “We’re trying to calibrate that carefully because we need Turkey cooperation on migration, Nato, countering terrorism,” he said. There were limits to the “full solidarity” the EU was prepared to show, something our government should have been aware of from the start. Then again, it had to try to secure some form of punitive measures by the EU. At least our EU partners not only took a clear stand against the illegal drilling, in stark contrast to all other states, it was also prepared to impose some measure, even if ineffectual.

This was a lesson to our government, an indication of what it can do in the face of Turkey’s arrogant show of power and bullying tactics. The answer is not very much. The trilateral alliances that President Anastasiades has been pursuing have not been much help nor has the strategic cooperation with the US in this case. As for foreign minister Nicos Christodoulides’ boasts about giving Cyprus a strategic role and regional importance, they were more crude demagoguery rather than a pragmatic assessment of the island’s geopolitical status.

What happens now that our government has seen how far Turkey is prepared to go on the issue of gas and oil and is steadily escalating tension? Has it finally understood that there is next to nothing it can do to stop the drilling in our EEZ and things will only get worse for us if the Fatih finds hydrocarbons that can be commercially exploited in the sea 60 km west of Paphos? Will the EU stop Turkey, will the US, Russia or Israel? Or would we rely on the UN Security Council to approve a meaningless resolution condemning Turkey?

Interestingly, the UN Secretary-General’s report for the renewal of Unficyp’s mandate does not even apportion blame to Turkey for what is happening in the Cypriot EEZ.  “I have repeatedly stressed that the natural resources found in and around Cyprus should benefit both communities and constitute a strong incentive for all parties to find a mutually acceptable and durable solution to the Cyprus problem. Bearing in mind that all parties have expressed their commitment to this objective, I reiterate my call for serious efforts to avoid any further escalation and to defuse tensions.”

His message is very clear and is not very different from that of the rest of the international community. Solve the Cyprus problem in order to avoid further escalation and to defuse tensions caused by the dispute over natural resources. Anastasiades had believed, rather naively, that he could turn his back on a settlement and could proceed with the exploitation of hydrocarbons in the Cypriot EEZ on his own, excluding the Turkish Cypriots, by giving exploration licences to oil firms of powerful countries that Turkey would avoid confronting.

He did not factor in the possibility that Turkey, using the interests of the Turkish Cypriots as a persuasive pretext, would undertake its own drilling in the Cypriot EEZ, causing tension and instability in the region. Now he has lost control of the situation and there is a risk of Turkey pursuing further escalation, there is only one way out for him – a speedy return to negotiations. The change in the government’s rhetoric is an indication that he has come to terms with harsh reality.

Tales from the Coffeeshop: Wanted: new ‘bad demon’ after Brexit