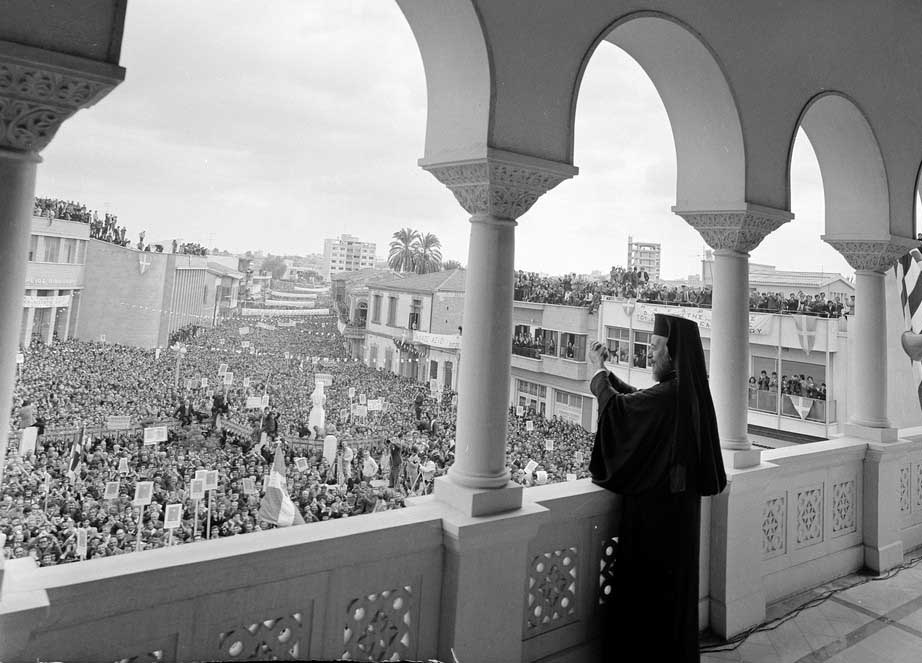 On July 15, 1974 the biggest crime since the establishment of the Greek state was committed. Yet the moral instigators and those who took the decision for this heinous crime have not only gone unpunished, but they were allowed to continue their lives and to enjoy their fat state pensions and other benefits as if nothing had happened. If this does not constitute national shame then what does?

I should point out that Brigadier Demetris Ioannides, the ‘invisible dictator’ who ordered the coup against Makarios was imprisoned for his participation in the April 21, 1967 coup in Greece and for moral instigation of manslaughter in connection with the crushing of the 1973 uprising at the Athens Polytechnic. In other words, his conviction had nothing to do with the coup in Cyprus.

The Greek executers of the coup are well-known. Constantinos Kombokis was the commander of commando units that during the coup captured the presidential palace. He left the army in 1975 with the rank of colonel – no harm, no foul. The other executer, Brigadier Michael Georgitsis, the highest-ranking Greek officer in Cyprus during the coup and the invasion, also left the army in 1975 without any consequences. No harm, no foul again. The same applied to other coupists from Greece – Korkondzelos, Danos, Katsadimas etc.

The impunity enjoyed by criminals and collaborators in Greece is nothing new. The Right, after the civil war which ended in 1949, did not punish the collaborators of the German occupation citing the communist danger. One reason for giving impunity, according to authoritative analysts, was that Greek governments wanted to hide information that would have been made public in a trial, in order to protect high-standing personalities.

Another explanation, which to me seems more plausible, is the political system which in Greece and Cyprus operates exactly like a trade union and as such fights tooth and nail to protect its members as well as its close associates/supporters, not only when they commit illegalities but also when they commit more serious crimes. We should not be surprised by the almost unanimous decisions of the Greek Parliament on not lifting the immunity enjoyed by MPs even with regard to matters unrelated to their parliamentary duties.

As regards Greece’s coupists, it is well known that before the 1967 coup they fanatically supported ERE (National Radical Union), which was the political antecedent of the New Democracy Party that succeeded the Junta in 1974 and felt obliged to forgive its ‘children’. The same applied in Cyprus: the 61 public employees that participated in and backed the coup were exonerated by Disy when it came to power. Unfortunately, both here and in Greece, the state is not free of party influence, incorruptible, modern and just towards its citizens. It does not punish the guilty in order to deter others.

Speaking of pardons and impunity, ‘medals’ should be given to Makarios. He not only failed to crush the crimes aimed at his murder by Eoka B, he not only failed to avert their escalation and repeat, but he became the moral instigator of their continuation thanks to his incredible tolerance and the inexplicable pardons that eventually led to the disastrous events of July 1974. Makarios’ expectation that a pardon would convert a convict into a law-abiding citizen proved as realistic as an oath of love.

And those that expected a different Makarios when he returned to Cyprus in December of 74 were disappointed as he offered an olive branch to the accomplices of the Ioannides-Attila duo, thus disregarding the constitution, the laws and, most importantly, public sentiment. They are right to say that irony is one of the basic constituents of history.

The impunity of the Greek coupists has psychologically affected Greek Cypriots. While Greece is always in their heart and soul, deep down they must feel like second class Greeks. Greek officers caused the biggest catastrophe in the long history of Cyprus and yet nobody was punished for this crime. In addition to this, Greek Cypriots have come to terms with the harsh reality: Greece is not prepared to go to war with Turkey to protect Cyprus despite being a guarantor power. But if the Turks seized Kastellorizo or Rhodes, islands much closer to Turkey than Cyprus, then of course, Greece would enter a war without any hesitation.

The ‘super-Hellenes’ and ‘national saviours’ deserve neither forgetting nor forgiveness. I express this view not out of malice or vindictiveness, but out of a sense of justice and self-defence. People that forgive and forget are condemned to suffer the same. Forgetting, in itself, is equal to criminal indifference as it leads to the recycling of criminality, violence and abhorrence as we have experienced in Greece and Cyprus. We should not forget that members of the Junta came from the collaborators of the German occupation that were not punished and thus we arrived at the crime of 1974.

More misdirection from the interior ministry on Pissouri

Tales from the Coffeeshop: Wanted: new ‘bad demon’ after Brexit