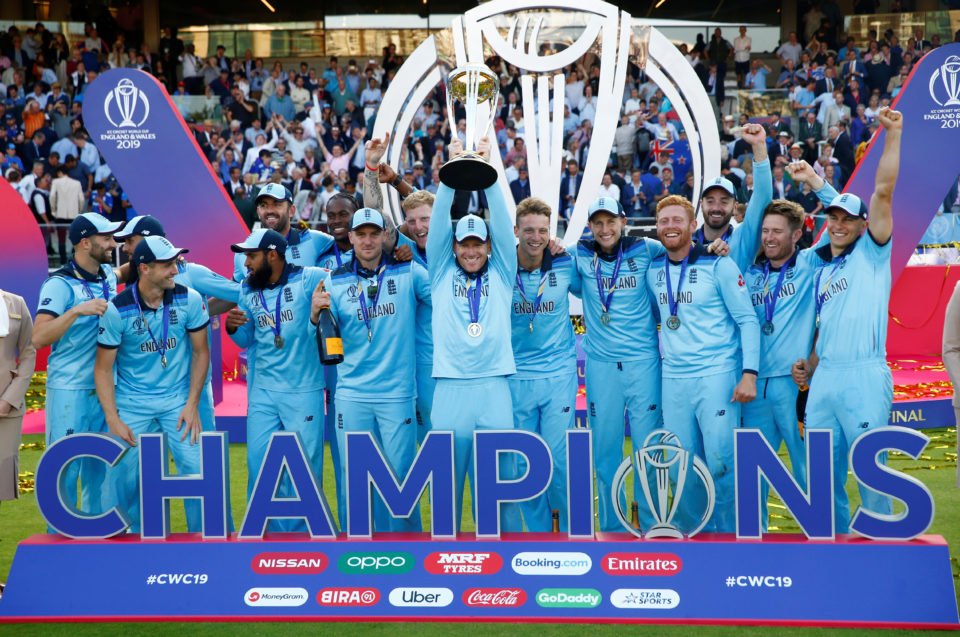 Former England spinner Graeme Swann led the congratulations to cricket’s new world champions saying he felt like crying, singing and screaming all at once.

England claimed their first ever men’s Cricket World Cup title at Lord’s in the most dramatic fashion, claiming victory by virtue of having struck more boundaries on the day when the match finished tied and a super over still could not separate the teams.

And Swann tweeted: “That’s the best game I’ve ever seen and the last hour was the worst and most nervous I’ve ever felt. WHAT A WIN!!!!! @englandcricket officially World Cup champions, I feel like crying/singing/dancing/hugging/screaming all at once!!!!”

Broad said it was the “best white ball game of all time” while Anderson tweeted: “Wow!! What a game! What a team!!”

Broad’s sentiment was echoed by a number of former England players, including Ravi Bopara, who described it as “probably the best game of cricket in history”, and Luke Wright who tweeted: “Huge congratulations @englandcricket. So special. Best match I’ve ever watched. Feel for @BLACKCAPS but let’s hope that this match has inspired so many young kids to get into cricket!”

“Every one of the playing and backroom staff are heroes. Celebrate like never before”

Former New Zealand all-rounder Scott Styris said the match was a “stunning effort from two champion teams”, but was among a number of former players criticising the rule which saw England win thanks to having hit more boundaries than their opponents.

Styris described the ICC as “a joke”, while former India batsman Gautam Gambhir wrote: “Don’t understand how the game of such proportions, the #CWC19Final, is finally decided on who scored the most boundaries. A ridiculous rule @ICC.”

Dean Jones said the rules “need to be looked at” and fellow Australian Brett Lee added: “I’ve got to say that it’s a horrible way to decide the winner. This rule has to change.”

Elsewhere congratulations for both teams came in from around the world.

Former India batsman VVS Laxman said “cricket has been the winner” and Harbhajan Singh added: “Never seen a match like this and it will never be again.”

And on a day when the Wimbledon men’s singles final went into a final-set tie-break, former South Africa bowler Shaun Pollock summed up the situation saying: “Sport.. the best form of theatre/entertainment.. their are no scripts involved here…!!!”