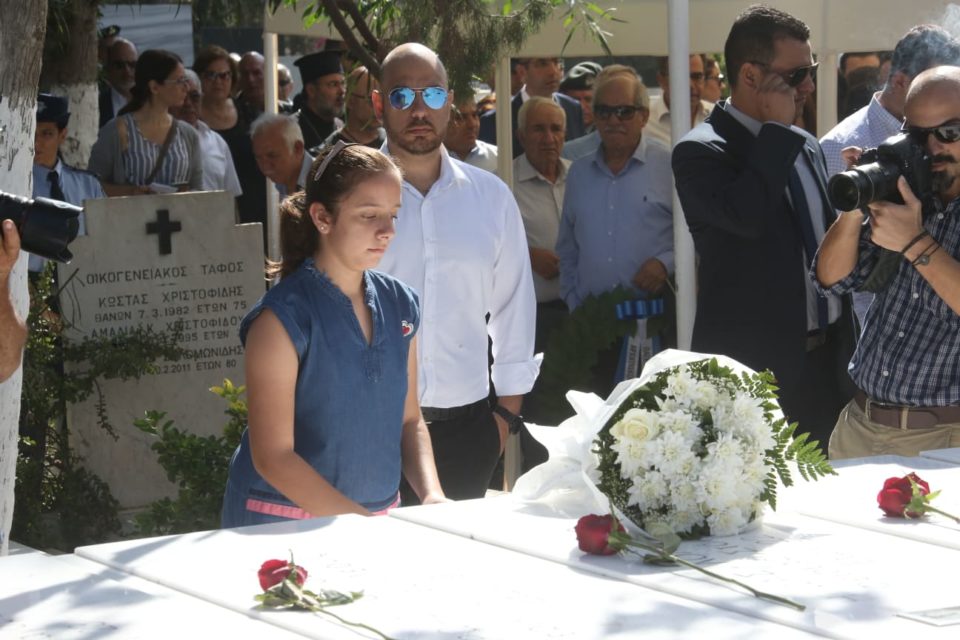 Sirens sounded around the island at 8.20 on Monday morning to mark 45 years since the coup by the Greek military junta then ruling Greece, that toppled Cyprus President Archbishop Makarios, subsequently leading to the invasion.

The House of Representatives will hold a special session to denounce the coup and the Turkish invasion and honour those who died during the events.

Earlier, a memorial service took place at the church of Constantinou and Elenis in the presence of the Finance Minister Harris Georgiades, standing in for President Nicos Anastasiades, political party leaders, government officials and other dignitaries, led by Archbishop Chrysostomos.

Wreaths will be laid at the tombs of those killed. Political parties will also hold special events in various towns to commemorate the dead and condemn the twin crime against Cyprus.

In 1967, a military junta seized power in Greece. The relationship between that regime and President Makarios of Cyprus was tense from the outset and became increasingly strained.

The late president appeared convinced that the Athens junta was involved in efforts to undermine his authority and policies through extremist underground organisations in Cyprus conspiring against his government and his life.

On July 15, 1974, the Greek military junta and its Greek Cypriot collaborators carried out a coup against Makarios.

Makarios had just returned to the presidential palace in Nicosia from his weekend retreat in Troodos. As the coup was unfolding in central Nicosia, the president was meeting with a group of Greek children from Egypt.

As shooting became heavy and the presidential palace was attacked by the National Guard, Makarios protected the children and then escaped from an unguarded passage in the west side. He fled to Kykkos Monastery and then to Paphos. While state radio announced his death, Makarios addressed the people from a local radio station in Paphos, saying “You know this voice… I am Makarios and I am alive…” encouraging them to resist the military junta.

Makarios, the first president of the Republic of Cyprus, fled the country as the coupist forces took control. He boarded a British military aircraft and went to London via Malta, where on July 17 he met with British Prime Minister Harold Wilson and Foreign Secretary James Callaghan.

The United States called for support for the independence of Cyprus and urged all states to do likewise, while Secretary of State Henry Kissinger rejected a proposal to support the ousted Makarios. From London he went to New York to address the United Nations, urging the international community to help restore legality on the island of Cyprus.

The coup provided Turkey with a pretext to launch an invasion against the island. In a two-phase military intervention in July and August, Turkish troops advanced and occupied 36.2 per cent of the territory of the Republic and expelled about 200,000 Greek Cypriots from their homes. Another 20,000 Greek Cypriots, who remained in the occupied areas, have dwindled to fewer than 500 Greek Cypriots in the north today.

Ankara said its military invasion was to offer security to the Turkish Cypriot population on the island.