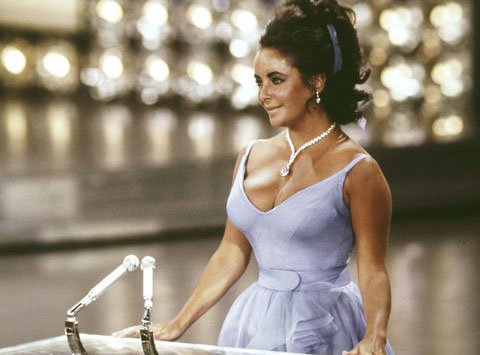 A gown worn to the 1974 Academy Awards and more than 1,200 other items from the life of late actress Elizabeth Taylor will be offered for sale at an auction in early December, Julien’s Auctions has announced.

The pale blue chiffon dress that Taylor wore to the Oscars, which was designed by Edith Head, is expected to fetch between $4,000 and $6,000, the auction house said in a statement.

Also on offer will be a gold-plated, sterling silver Cartier belt that Taylor had inscribed to her mother. Darren Julien, president and chief executive of Julien’s Auctions, said he expected the belt to sell for more than $40,000.

The auction will take place December 6 to 8 in Beverly Hills, California. Bids also can be placed through the auction house’s website.

Other clothing for sale will include a green wool felt cape the actress wore to Buckingham Palace in 1970 and a New York Yankees jacket she donned for a Vogue Paris photo shoot.

The auction also will feature jewellery, wigs, fine art and household items from Taylor’s life. Julien said he also expected to offer artwork that would sell for as high as the $60,000-range.

Taylor, who died in 2011 at the age of 79, epitomised Hollywood glamour from its golden age with her love of diamonds, violet eyes and a tumultuous love life that included eight marriages – two of them to Welsh actor Richard Burton.

In a career spanning seven decades, the British-American Taylor first gained fame in 1944’s National Velvet at age 12 and was nominated for five Oscars. She won the best actress Oscar for 1960’s Butterfield 8, and 1966’s Who’s Afraid of Virginia Woolf?

Minthis, the first golf club in Cyprus to be awarded with GEO Certification