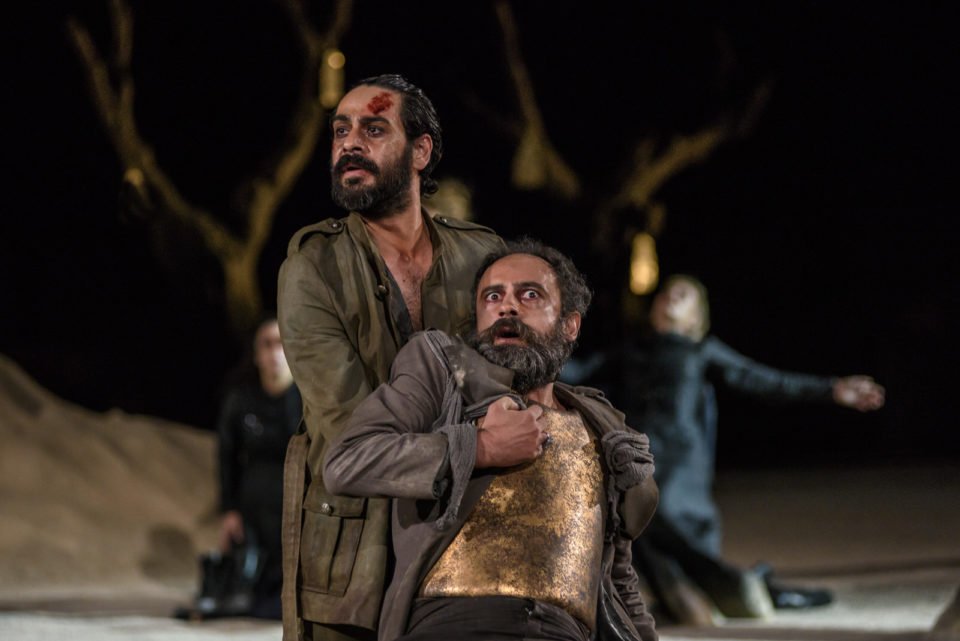 English speakers will be able to enjoy the Cyprus Theatre Organisation and National Theatre of Greece joint production of Euripides’ famous tragedy about war, existential dread, dignity, faith and women’s strength The Suppliants as it will be staged with surtitles in English and Turkish in Limassol on Thursday.

A tribute to the city of Athens, to democratic regime of its leaders and citizens the play is being staged for the second time as part of the Festival of Ancient Greek Drama.

This joint production is directed by Stavros Livathinos, the incumbent artistic director of the National Theatre of Greece. The troupe is comprised of 16 actors, with Katia Dandoulaki entering the arena of the Ancient Greek tragedy by interpreting the role of Aethra, Theseas’ mother.

The mothers of the Argive generals who perished in Thebes fighting by Polynices’ side become suppliants at the temple of Demeter in Eleusis, joined by Adrastus, king of Argos. The suppliants plead with Theseus, king of Athens, to help them: the Thebans are keeping their dead sons as spoils of war and will not allow them to be buried.

In response to this plea, Theseus decides to send out a message to Creon, king of Thebes. Soon, a Theban messenger arrives bringing a message to Theseus: he is to drive Adrastus and the mothers away, otherwise the Theban army will attack the Athenians.

Theseus leads the Athenian army against Thebes and ultimately retrieves the bodies and has them carried to Eleusis, where they are to be burnt properly. A delirious Evadne, widow of Capaneus, jumps into the funeral pyre to burn along with her husband. Mothers and children return home, carrying the ashes of their beloved ones with them.