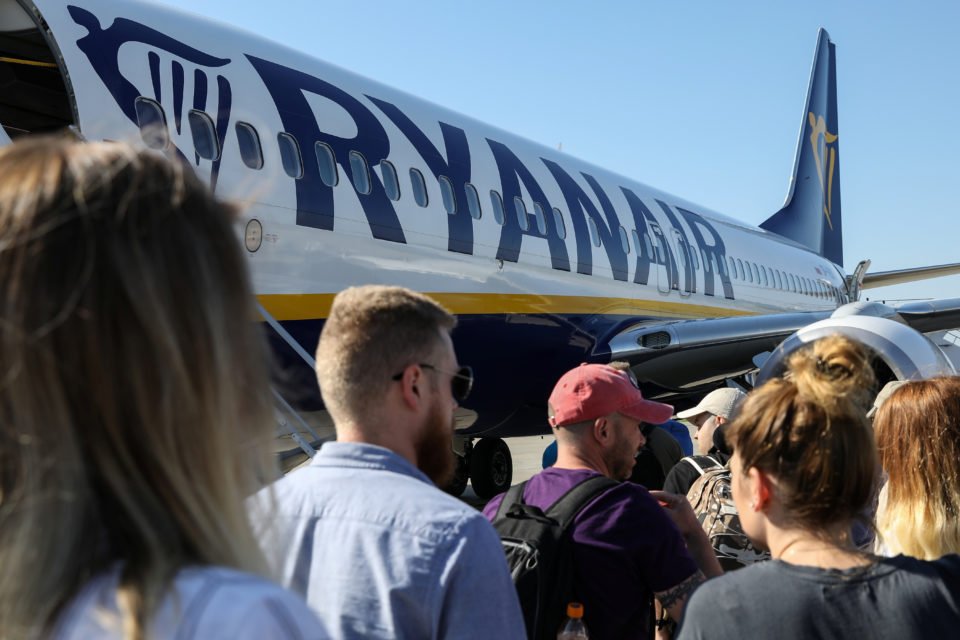 Passengers board a Ryanair flight.

Ryanair has slashed its growth plans for next summer, blaming delays in deliveries of Boeing’s grounded 737 MAX jet, lifting the shares of rival airlines which had feared a surge in new planes would hit ticket prices.

Europe’s largest budget airline, which has firm orders for 135 of the 737 MAX, is one of Boeing’s biggest customers for the plane. The aircraft was grounded in March after crashes in Ethiopia and Indonesia that killed a total of 346 people.

Boeing is working on a software fix that people close to the matter have said it hopes to present to regulators in September.

Ryanair said on Tuesday it expected the 737 MAX to return to service before the end of the year, with the first new planes to be delivered to it some time between January and February 2020.

Ryanair said the delay, coupled with constraints on how quickly it could bring new planes into service, had forced it to cut the number of MAX planes flying in its 2020 summer schedule to 30 from 58.

The Irish airline now expects to carry 3% more passengers next summer, down from its previous forecast of 7%. That reduces its traffic estimate for the year to March 2021 to around 157 million from 162 million.

“We are now planning our summer 2020 schedules based on taking up to 30 B737 MAX aircraft deliveries up to end of May 2020,” Chief Executive Michael O’Leary said in a statement.

“This number could rise, or fall further, depending on when the B737 MAX actually returns to flight services,” he added.

O’Leary said Ryanair would start discussions with airports and trade unions to determine which of its bases would be cut or closed from November 2019 to adjust for the lower growth.

Shares in Ryanair, which had warned journalists of the possible cuts at a briefing last week, were up 0.6% after the announcement, which Davy Stockbrokers described as “prudent.”

Shares of rivals, most of which have less exposure to MAX delays, posted bigger gains amid expectations that Ryanair’s cuts would help to address overcapacity in Europe’s saturated airline market and boost average fares.

Shares in British Airways owner IAG, easyJet , Lufthansa and KLM Air France were all up by more than 2% at 0900 GMT.

Liberum analyst Gerald Khoo said that while slower growth would support unit revenues across the industry, Ryanair would see the cost benefits of its new aircraft postponed.

Ryanair’s plan to close routes and bases in November may also be interpreted as an indicator of weak current trading, Khoo said.

Galanos’ funeral to be held next Monday in Strovolos