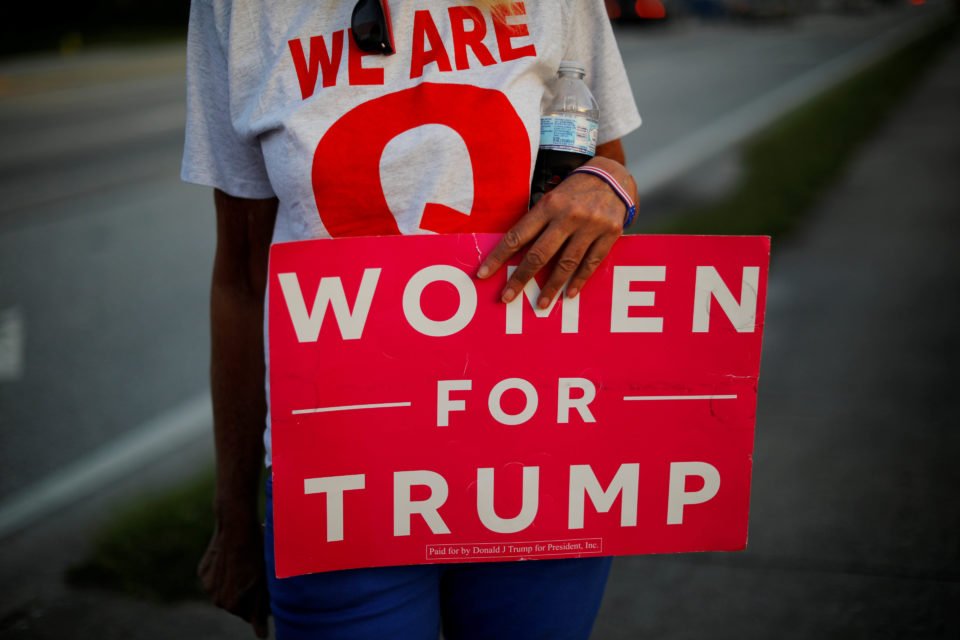 President Donald Trump’s campaign on Tuesday kicks off its efforts to woo women voters, banking that a strong economic message will energize a voting bloc that has been largely critical of his presidency.

Lara Trump, the president’s daughter-in-law, will launch “Women for Trump,” a coalition dedicated to recruiting and activating women in support of the Republican president’s re-election in November 2020.

The event is being held in King of Prussia, Pennsylvania, an upscale community in Philadelphia’s northern suburbs – just the sort of place Trump needs to win to return to the White House for another four-year term.

Suburban women played a key role in ushering in a Democratic wave of victories in U.S. House of Representatives races in the 2018 congressional elections, robbing Republicans of their majority and delivering a rebuke of Trump.

In Pennsylvania, Democrats won nine congressional seats, the same amount as Republicans, who held a 13-5 advantage before the elections.

According to the Reuters/Ipsos 2018 Election Day poll, 56% of suburban women voters in Pennsylvania disapproved of Trump’s handling of the country, with 40% saying they approved.

“Trump is going to have to figure out a way to cut down on the margins Democrats have in the suburbs if he wants a chance to go back to the White House,” said G. Terry Madonna, a political science professor at Franklin & Marshall College in Pennsylvania.

“Women for Trump” organizers are expected to tout the president’s handling of the economy, noting the unemployment rate among women recently reached its lowest point since 1953 and that 57% of the 5.6 million jobs added since Trump has become president have gone to women.

“That kind of success has produced grassroots support for President Trump, and women are a key component of that support,” campaign spokeswoman Sarah Matthews said in an email.

In the 2016 presidential election, women favored Democrat Hillary Clinton, the first woman nominated for president by a major party, by roughly a 12-point margin over Trump. But white women as a group came out for Trump by nearly the same margin, exit polls showed.

Six women are among the more than 20 Democrats vying for the party’s nomination to compete against Trump in 2020.

The latest polls show men tend to have a more favorable view of the Trump presidency, although not overwhelmingly so.

In a Reuters/Ipsos poll conducted earlier this month, 26% of women said the country was on the right track, compared with 33% of men.

In the same poll, 36% of woman said they either somewhat or strongly approved of Trump’s handling of the presidency, compared with 43% of men.