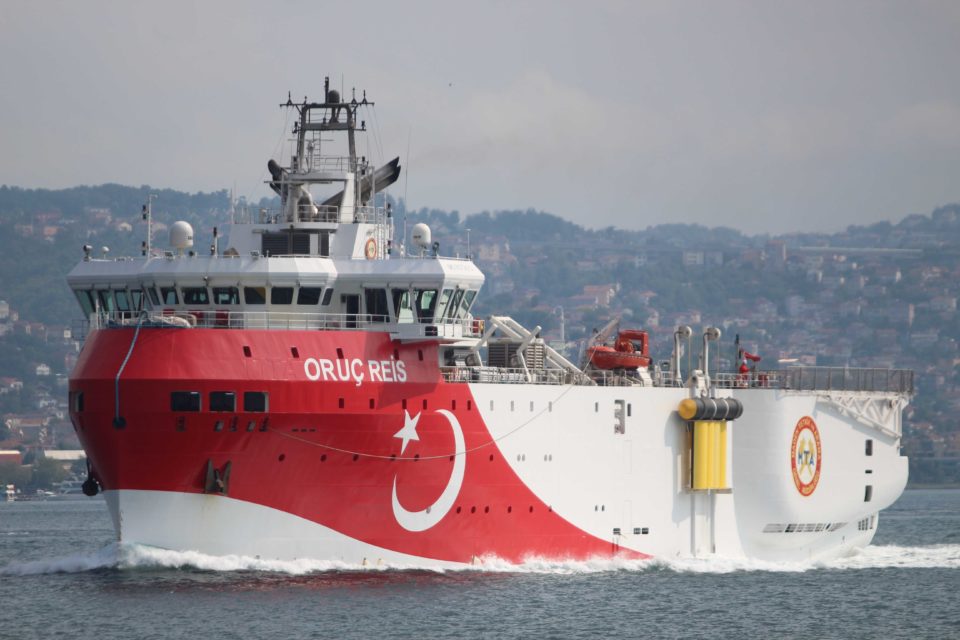 Turkey plans to send a fourth ship to waters off Cyprus to search for gas and oil despite European Union moves to curb contacts and funding for Ankara over the issue, the foreign ministry said on Tuesday.

“The decisions will not affect in the slightest our country’s determination to continue hydrocarbon activities in the Eastern Mediterranean,” the Turkish foreign ministry said.

“There is no need to take it very seriously. These are simple things. These aren’t things that will impact us,” said Turkish Foreign Minister Mevlut Cavusoglu earlier Tuesday at a news conference, broadcast by CNN Turk, in the North Macedonian capital Skopje.  He said Ankara would be sending a fourth ship to the region.

“We have three ships there, God willing we will send a fourth ship to the eastern Mediterranean as soon as possible. Let them understand that they cannot deal with Turkey with such methods,” he added.

The Turkish ship Fatih started drilling off western Cyprus in May. A second drilling ship, Yavuz, arrived off the northeastern coast this month. Turkish seismic research vessel Barbaros Hayrettin Pasa is currently south of Cyprus, while the fourth ship will also be a seismic research vessel called Oruc Reis, Turkey’s energy minister Fatih Donmez said in a tweet. He said it would be sent after completing its current activities in the Marmara Sea

Turkish Cypriot newspaper Kıbrıs Postası reported on Tuesday that a high-ranking diplomatic source had confirmed information published recently in Phileleftheros saying that the Turkish petroleum company (TPAO) had discovered natural gas in the sea off Paphos where the Fatih was drilling.

“It is true that Turkey found something. If some things are written on this issue, they would not turn up to be false”, the source said. The report, which was dismissed by the Cyprus government, suggested the Fatih discovered a resource of 170bn cubic metres of gas.

The ‘diplomatic source’ told Kibris Postasi, that according to the first findings, the information “could be correct” and that official announcements could be made by TPAO.

EU foreign ministers on Monday suspended negotiations on the Comprehensive Air Transport Agreement and agreed not to hold the Association Council and further meetings of the EU-Turkey high-level dialogues for the time being due to Ankara’s drilling activities off Cyprus.

It also endorsed a proposal to reduce the pre-accession assistance to Turkey for 2020 and invited the European Investment Bank to review its lending activities in Turkey, notably with regard to sovereign-backed lending.

According to the Cyprus News Agency, Cavusoglu said the EU’s move was merely a solidarity message “taken to satisfy the Greek Cypriot side”. He said he had warned Brussels that if they took steps, Ankara would increase its drilling activities.

“The EU needs us,” he was quoted as saying. “Whether it is the issue of refugees or otherwise, they will necessarily come to us. We will have contacts, there is no escape. And they themselves know that they cannot implement these decisions they have taken. That is, they were taken to satisfy the Greek Cypriot side. That is, with a silly understanding of solidarity, under the pressure of the Greek Cypriot side and of Greece,” he added.

European Union decisions to curb contacts and funding for Turkey over its drilling for gas and oil off Cyprus would not affect Ankara’s determination to pursue energy activities in the region, the Turkish foreign ministry said earlier on Tuesday.

It also said the EU’s failure to mention Turkish Cypriots in its decisions “showed how biased and partisan the EU is on the subject of Cyprus”.

Cyprus says Turkey’s drilling operations are contrary to international law and that decisions on hydrocarbons are its sovereign right.

The Turkish foreign ministry said Ankara was protecting its rights over its continental shelf and the equal rights of Turkish Cypriots over hydrocarbon resources.

Cavusoglu said on Sunday Turkey will continue drilling if the Cypriot government did not accept a Turkish Cypriot cooperation proposal.