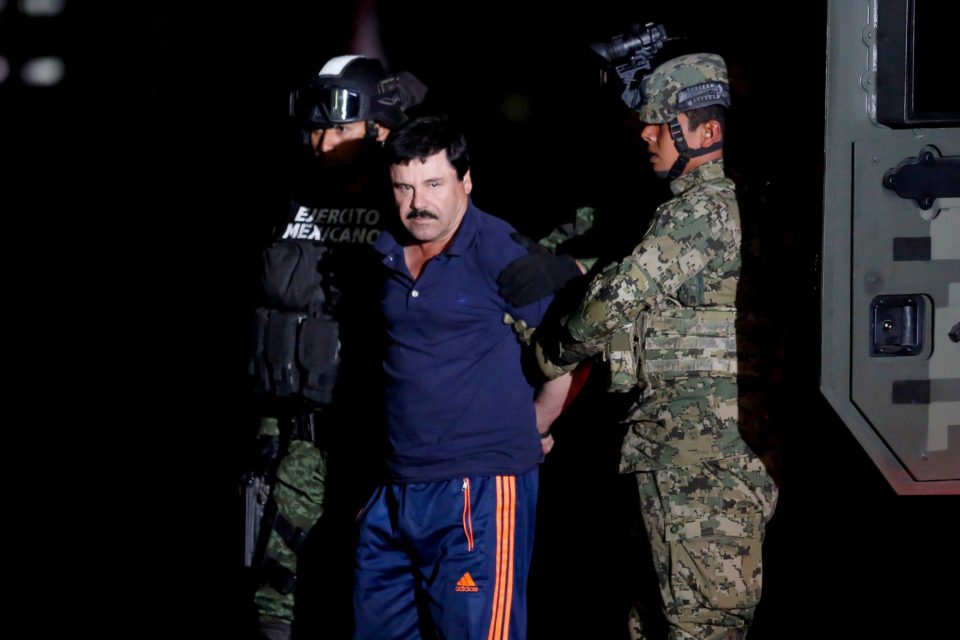 Joaquin Guzman, the convicted Mexican drug lord known as El Chapo, has escaped twice from maximum-security prisons in Mexico, once by digging a mile-long tunnel from his cell.

If U.S. authorities have their way, a third escape for Guzman will never happen.

A federal judge in Brooklyn sentenced Guzman to life in prison, plus 30 years, on Wednesday.

Authorities have not said where he will be imprisoned. But he likely will spend the rest of his life at the U.S. Penitentiary, Administrative Maximum Facility in Florence, Colorado, the cumbersome name for what is better known as ADX Florence, the nation’s most secure “Supermax” prison.

No one has escaped from the prison since it opened in 1994, and Guzman would join a long list of the most infamous of criminals who call it home.

“It’s very well designed for its purpose, to hold the most dangerous offenders in the federal prison system,” said Martin Horn, a professor at the John Jay College of Criminal Justice in New York and former commissioner of the city’s Department of Correction.

“In his previous two escapes, Guzman has demonstrated that he may be a greater risk of escaping than pretty much anyone else. That makes ADX Florence an appropriate place for him.”

Guzman, 62, was convicted on Feb. 12 of trafficking tons of cocaine, heroin and other drugs into the United States as the leader of the Sinaloa Cartel in Mexico, where prosecutors said he amassed power through murders and wars with rival cartels.

ALCATRAZ OF THE ROCKIES

Located about 115 miles (185 km) south of Denver, ADX Florence is nicknamed “Alcatraz of the Rockies” after the San Francisco prison whose inmates included the gangsters Al Capone and George “Machine Gun” Kelly, and Robert Franklin Stroud, known as the Birdman of Alcatraz.

ADX Florence’s current roster of about 376 inmates reads like a who’s who of notorious criminals.

Prisoners are typically confined for around 23 hours a day to solitary cells, each with a narrow window about 42 inches (107 cm) high and angled upward so only the sky is visible.

They can watch TV in their cells, and have access to religious services, educational programs and a commissary.

But special restrictions are used to ensure that inmates cannot exert influence or make threats beyond the prison walls. Prisoners cannot move around without being escorted. Head counts are done at least six times a day.

Guzman’s first escape came in 2001, purportedly in a laundry cart and with the help of prison officials he had corrupted. His second escape, through the tunnel, came 14 years later.

Horn said ADX Florence “is literally built into the side of a mountain, with a robust security infrastructure.”

Could Guzman penetrate that? “I would never say never,” he said, “but it’s highly unlikely.”